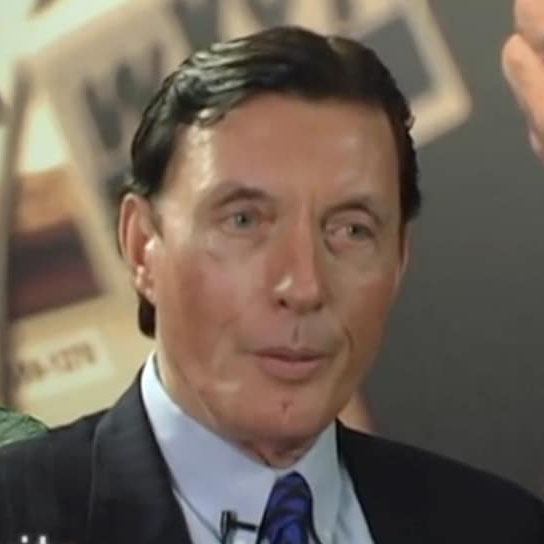 If you ever wondered what it might have been like to watch or listen to some of America’s legendary courtroom trial lawyers like Clarence Darrow, Earl Rogers, Abraham Lincoln, or Daniel Webster… You now have a rare chance, in this exclusive interview with Tom Mesereau, where we give you an unusual opportunity to go behind the scenes with Tom to hear what makes him tick, what drives him to accomplish amazing achievements in both the legal and humanitarian arenas….Tom Mesereau is truly a rare combination of legendary renown and genuine humbleness.

Tom is one of the most celebrated trial lawyers in America. He specializes in criminal defense (state and federal court) and civil trials. He defends corporations and individuals accused of white collar crimes; individuals charged with violent crimes; and professionals, including medical doctors and lawyers, faced with various allegations in the civil, administrative and criminal courts. He also advises companies and individuals regarding regulatory compliance and litigates a wide variety of complex business disputes.

Tom is a partner with the firm of Mesereau & Yu, LLP in Los Angeles. Tom was educated at Harvard University, The London School of Economics and The University of California’s Hastings College of Law.
He acquitted music legend Michael Jackson of all counts in a highly publicized trial in Santa Maria, California. Following a five-month jury trial, Mr. Jackson was found not guilty of 10 felony counts and 4 lesser-included misdemeanors. This case was covered by more media outlets around the world than any other case in history.

Tom’s reputation as a trial lawyer is unparalleled. For example, in a one-year period, Mr. Mesereau obtained seven (7) acquittals and two (2) hung juries. He has won many high-stakes criminal, civil and administrative trials before judges and juries involving a wide-range of claims, including securities fraud, complex business disputes, murder, sexual assault and the death penalty.

Barbara Walters named him one of the year’s “Ten Most Fascinating People,” for his trial excellence and commitment to representing the underprivileged. GQ Magazine named him one of its “Men of the Year,” due to his determined effort, in the face of substantial obstacles, in the Michael Jackson case. He has been labeled one of America’s best trial lawyers and is continually asked to speak before various groups about trial strategies and the legal profession. He lectures at numerous law schools, including Harvard, U.C.L.A., University of Southern California, Loyola, Southwestern, Chapman, and Thomas Jefferson.

Tom has been selected by his peers as one of “The Best Lawyers in America.” Tom Mesereau has been listed as one of the “One Hundred Most Influential Attorneys in California” by the Los Angeles Daily Journal. He has received the “Jerry Giesler Memorial Award” from the Criminal Courts Bar Association of Los Angeles “. . . in recognition of his outstanding skill, perseverance and achievement in representing his clients in trial.” In his book, Journey to Justice (1996), the late Johnnie L. Cochran Jr. described this award as “That honor is the highest award a Los Angeles criminal lawyer can receive. Given the size and skill of our local defense bar, it’s an honor every recipient cherishes. I am no exception.”

Tom was also named the “Criminal Defense Lawyer of the Year” by the Century City Bar Association, Los Angeles, when he freed actor Robert Blake from jail in a murder with special circumstances case – a feat legal experts called “impossible.”
California Lawyer Magazine has awarded Tom its highest award for excellence in criminal law. Tom’s alma mater, the University of California’s Hastings College of Law, has named him the “Alumnus of the Year”.

Tom has received numerous awards and commendations from bar associations, law schools, the city of Los Angeles, the county of Los Angeles, churches, secondary schools, colleges, business and civil rights organizations, et al. for his excellence as a trial lawyer and devotion to equal justice for all.

Tom has received many awards for his contributions to the criminal justice system and to minority communities. Once a year, Tom travels to Alabama to defend a death penalty trial without charging any legal fees. He has represented an indigent defendant in a death penalty case in Mississippi (pro bono) that resulted in a successful plea bargain on the eve of trial.

Brookins African Methodist Episcopal Church, Los Angeles, has opened a free legal clinic for the poor in Mr. Mesereau’s name. Tom serves on its board of directors and actively participates in clinic activities.
Tom along with Senator Hillary Rodham Clinton, received the “President’s Award” from U.S. Dream Academy, Washington D.C. for his work with inner-city children whose parents are incarcerated. Tom actively sponsors and participates in various free legal clinics throughout Los Angeles. At these clinics, lawyers donate their time for the purpose of advising and directing impoverished and underprivileged citizens who need legal assistance. No fees are charged. These clinics are administered through various churches in Los Angeles.

For example, Tom participates in the Save Our Sons organization at Crenshaw United Methodist Church, Los Angeles. This organization is run by mothers whose sons are incarcerated and who need advice on various legal issues. Tom serves on the advisory board and donates his time to n-Action, a non-profit organization devoted to assisting women and their children with making a positive re-entry into society following incarceration.

Tom has marched with and supports the Mothers of Watts, Los Angeles and their children in opposition to gang violence and crime. He also assists and supports various organizations who seek to reform our laws so that they will be more equitable.

Tom has received a “Community Service Award” from the Honorable Antonio Villaraigosa, the Mayor of Los Angeles, for his years of contributions to the City. Mayor Villaraigosa specifically noted Mr. Mesereau’s willingness to represent unpopular defendants and his commitment to the poor citizens of Los Angeles. This ceremony occurred at the Brookins Community African Methodist Episcopal Church in Los Angeles, where Mr. Mesereau also received a “Service Award” from Dr. Frederick Ormonde Murph, Senior Minister, for his civil rights accomplishments. When he received these awards, the County of Los Angeles formally announced the celebration of “Attorney Thomas Mesereau Day.”

Ton was previously awarded a “Certificate of Appreciation” from Los Angeles County Supervisor Yvonne Brathwaite Burke due to his dedicated service to the citizens of Los Angeles County. He has received an award from the Reverend Cecil Murray, formerly Senior Minister of the First African Methodist Episcopal Church for the many hours of volunteer time he had devoted to the church’s free legal clinic. He also has received the “Sarah Allen Women’s Missionary Society of First A.M.E. Church, Los Angeles Award” for his contributions to the African-American and other minority communities.

He has also received a formal commendation from the “Compton Seventh-Day Adventist Church” for the time and effort he has given to pro-bono legal services in Los Angeles. Tom has received a “Certificate of Appreciation from the African-American Community Empowerment Organization”, a Los Angeles-based group devoted to assisting “at-risk” youth and developing their skills and goals. He previously received the Compton, California School Board President’s Award for “Outstanding Contributions to the Children of the Compton Unified School District.” He has also received an award from The State Bar of California Board of Governors for providing pro bono legal services to low income Californians. Collier Image Studios, Los Angeles, has presented Mr. Mesereau with its annual “Civil Rights Award”.

Tom has received the “Humanitarian Award” from The National Association of Blacks in Criminal Justice (NABCJ), “In Recognition Of Your Ongoing Commitment To Justice for All.” Mr. Mesereau has conducted seminars for NABCJ on various aspects of the criminal justice system. The Criminal Courts Bar Association of Los Angeles has previously presented Mr. Mesereau with the “Morton Herbert Service Award” for “his generous and noble service in furtherance of social justice.” He has also received the “Annual Service Award” from n-Action Family Network for his efforts on behalf of women in recovery. Tom serves on the Advisory Board of the Salvation Army of Compton, California. Partner, Mesereau & Yu

oe Jamail, called “the King of Torts” by Time and Newsweek, is one of the most influential lawyers in the United States. Throughout his legal career, Joe has taken on some of the nation’s biggest corporations. His representation on behalf of Pennzoil, resulting in a $11.12 billion verdict against Texaco in 1985, is listed in the Guiness Book of World Records as the largest civil damages award in history. His legal efforts have also caused the recall of three products — the Remington 600, the Honda All-Terrain Three Wheeler and the prescription drug Parlodel.

Joe is also considered the greatest supporter of the University of Texas law school, to which he has contributed a significant amount of time and money. Along with his wife Lee, he is one of the top donors to the University in general. Most recently, the Jamails donated $1 million to help establish 33 scholarships for minority students through the Texas Exes. In October 2003, Eakin Publications published Joe’s autobiography Lawyer: My Trials and Jubilations. The book is moving and detailed account of Joe’s advocacy and triumphs as a lawyer.

Joe is additionally a singular figure in his profession because of all his verdicts for the families of workers and children killed or maimed in accidents not of their own doing. Joe has won all number of accolades, but he still refers to himself as “a sore-back lawyer.” That’s his way of not letting others portray his victories in terms too fancy for his taste. Joe’s many civic and professional contributions reflect this commitment to helping others, including work as a Sustaining Life Fellow of the Texas Bar Foundation, a trustee of the UT Law School Foundation, Fellow of the International Academy of Law and Science, member of the Inner Circle of Advocates, Grand Marshall of the Martin Luther King Parade, and Fellow of the American College and International Academy of Trial Lawyers. A former Marine who served in the Pacific during World War II, Joe lived through the Great Depression and witnessed how people treated their neighbors in times of crisis. As he remembers it, his parents were always willing to feed a stranger passing through town looking for work, and their compassionate spirit has remained hard-wired into his quest for justice.

Steve Murphy and his film crew are first and foremost Frontline Activists for justice in addition to being Documentary Film Producers that discover stories often overlooked in mainstream media. We are the nation's leading independent US Legal Issues Film Producer, with more than 100 titles in all areas of law. The Insider Exclusive is dedicated to making critically acclaimed and cutting-edge TV Legal Issues Documentaries to publicize and broadcast in mainstream media.