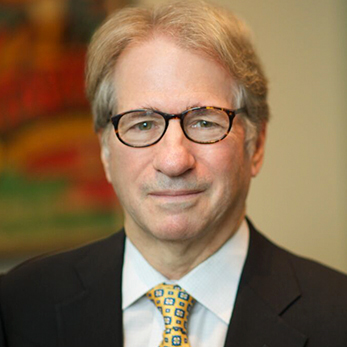 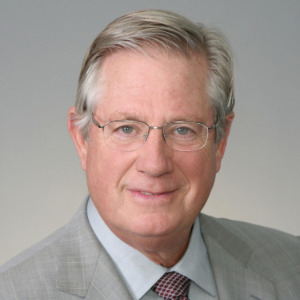 Barry Scheck and Peter Neufeld co-founded and are Co-Directors of the Innocence Project at the Benjamin N. Cardozo School of Law. In February 2000, Actual Innocence: Five Days to Execution, and Other Dispatches From the Wrongly Convicted, written by Peter, Barry, and Pulitzer Prize-winning New York Times reporter Jim Dwyer, was published by Doubleday. This non-fiction book grew out of the cases and stories of the Innocence Project.

In 1988, Peter and Barry became involved in studying and litigating issues concerning the use of forensic DNA testing. Their work not only shaped the course of case law across the country but helped lead to an influential study by the National Academy of Sciences on forensic DNA testing, as well as important state and federal legislation setting standards for the use of DNA testing. They both serve as members of the New York State’s Commission on Forensic Science, a body that regulates all crime and forensic DNA laboratories in the state.

Peter and Barry have litigated and taught extensively in both the “hard” and behavioral forensic sciences. Their trials frequently redefine and expand the parameters of permissible defenses involving forensic psychiatry and laboratory science. Most of this work is pro bono and of public interest. Their cases often result in enhancing public awareness of systemic problems, improving the criminal justice system, and legislative reform.

The Innocence Project was founded in 1992 at the Benjamin N. Cardozo School of Law at Yeshiva University to assist prisoners who could be proven innocent through DNA testing. To date, 200 people in the United States have been exonerated by DNA testing, including 14 who served time on death row. These people served an average of 12 years in prison before exoneration and release.

The Innocence Project’s full-time staff attorneys and Cardozo clinic students provided direct representation or critical assistance in most of these cases. The Innocence Project’s groundbreaking use of DNA technology to free innocent people has provided irrefutable proof that wrongful convictions are not isolated or rare events but instead arise from systemic defects. Now an independent nonprofit organization closely affiliated with Cardozo School of Law at Yeshiva University, the Innocence Project’s mission is nothing less than to free the staggering numbers of innocent people who remain incarcerated and to bring substantive reform to the system responsible for their unjust imprisonment.

Today, Barry speaks about some common asked questions like:

What is the Innocence Project?
What are the causes of wrongful convictions?
What are the remedies for systemic problems?
Upon release, do your clients receive large financial settlements?
What are your clients’ backgrounds?
What are your largest hurdles in bringing about an exoneration?
How many cases do you currently have, how many lawyers work on the cases and how long does each case take?
What is the Innocence Project’s relationship with the Benjamin N. Cardozo School of Law?
How do you choose your cases? How many letters do you receive?
How can someone ask the Innocence Project to get involved in a case?
Does DNA ever reaffirm guilt?
What is deoxyribonucleic acid (DNA)?

Our Next Guest Peter C. John Partner, Williams Montgomery & John Ltd has served as President of the International Academy of Trial Lawyers (an association of the 500 most distinguished trial lawyers in the United States) in 2001-02. He is a Fellow of the American College of Trial Lawyers and the International Society of Barristers and has been listed in The Best Lawyers in America since 1995. Mr. John is an experienced trial lawyer who has tried to verdict many significant jury and non-jury cases in state and federal courts, including complex class actions, breach of merger and acquisition contracts, breach of fiduciary duty and other commercial contract disputes as well as product liability matters. He also has extensive experience in arbitrations involving major construction cases and environmental liability. Mr. John has specialized for years in class action defense, patent litigation and in attorney malpractice cases. He lectures extensively and has written numerous articles for publication. Mr. John is listed as a Leading Lawyer in Illinois and in the Top 100 Super Lawyers in Illinois. Peter discusses some of the important issues of our judicial system.

Peter C. John is a partner in the trial firm of Williams Montgomery & John and has over thirty-five years of handling complex breach of merger and acquisition contracts, distributor terminations, commercial contract disputes, product liability matters, patent infringement matters and has specialized for years in attorney malpractice actions. He also has extensive experience in arbitrations involving major construction cases and environmental liability.

Mr. John served as President of the International Academy of Trial Lawyers (an association of the 500 most distinguished trial lawyers in the United States) in 2001-02. He is a Fellow of the American College of Trial Lawyers and the International Society of Barristers and serves on the Barristers’ Board of Governors. Mr. John has been listed in The Best Lawyers in America since 1995 and is also listed as Leading Lawyer in Illinois. He served on the Illinois Supreme Court Committee on Jury Instructions in Civil Cases for ten years and on the National Judicial College Advisory Council for five years. Mr. John lectures extensively and has written numerous articles for publication.