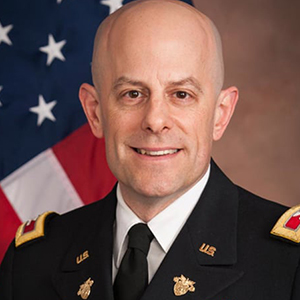 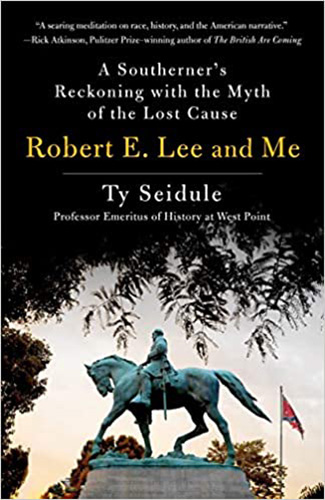 author of "Robert E. Lee and Me: A Southerner's Reckoning with the Myth of the Lost Cause"

General Ty Seidule, author of "Robert E. Lee and Me: A Southerner's Reckoning with the Myth of the Lost Cause"

Ty Seidule is the former head of the history department at the United States Military Academy, the first professor emeritus of history at West Point, and the inaugural Joshua Chamberlain Fellow at Hamilton College, and a visiting professor of history. He is the author or editor of seven other books, three of which won distinguished writing prizes.

Seidule is also the Presidential Advisor to The National WWII Museum in New Orleans and a fellow at New America. In February 2021, Defense Secretary Lloyd Austin appointed Seidule as one of four representatives of the U.S. Department of Defense to the Commission on the Naming of Items of the Department of Defense that Commemorate the Confederate States of America or Any Person Who Served Voluntarily with the Confederate States of America, including U.S. Army installations named for Confederate soldiers.

A leader in digital history, Seidule co-edited the award-winning West Point History of Warfare, the largest enhanced digital book in any field. He also led virtual and augmented reality student projects. His video lecture, “Was the Civil War About Slavery,” has 30 million views on social media.

Seidule served in the U.S. Army for more than three decades, retiring in 2020 as a brigadier general. He is professor emeritus of history at West Point, where he taught for many years, and is also a New America Fellow. Seidule graduated from Washington and Lee University and holds a Ph.D. from the Ohio State University.

The Book: "Robert E. Lee and Me: A Southerner's Reckoning with the Myth of the Lost Cause"

In a forceful but humane narrative, former soldier and head of the West Point history department Ty Seidule’s Robert E. Lee and Me challenges the myths and lies of the Confederate legacy—and explores why some of this country’s oldest wounds have never healed.  Ty Seidule grew up revering Robert E. Lee. From his southern childhood to his service in the U.S. Army, every part of his life reinforced the Lost Cause myth: that Lee was the greatest man who ever lived, and that the Confederates were underdogs who lost the Civil War with honor. Now, as a retired brigadier general and Professor Emeritus of History at West Point, his view has radically changed. From a soldier, a scholar, and a southerner, Ty Seidule believes that American history demands a reckoning.  In a unique blend of history and reflection, Seidule deconstructs the truth about the Confederacy—that its undisputed primary goal was the subjugation and enslavement of Black Americans—and directly challenges the idea of honoring those who labored to preserve that system and committed treason in their failed attempt to achieve it. Through the arc of Seidule’s own life, as well as the culture that formed him, he seeks a path to understanding why the facts of the Civil War have remained buried beneath layers of myth and even outright lies—and how they embody a cultural gulf that separates millions of Americans to this day.

Part history lecture, part meditation on the Civil War and its fallout, and part memoir, Robert E. Lee and Me challenges the deeply-held legends and myths of the Confederacy—and provides a surprising interpretation of essential truths that our country still has a difficult time articulating and accepting.