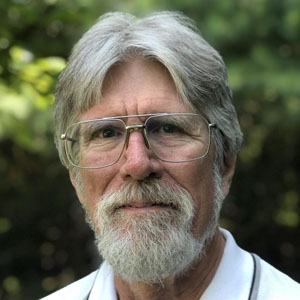 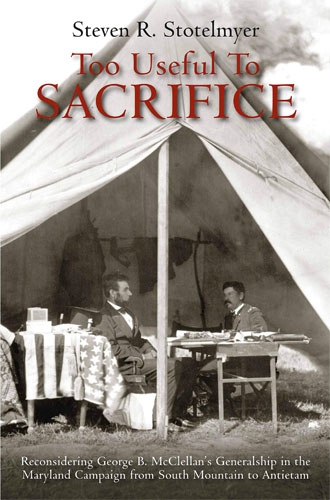 author of "Too Useful to Sacrifice: Reconsidering George B. McClellan’s Generalship in the Maryland Campaign from South Mountain to Antietam"

Steve Stotelmyer , author of "Too Useful to Sacrifice: Reconsidering George B. McClellan’s Generalship in the Maryland Campaign from South Mountain to Antietam"

National Battlefield during many family picnics to that area. After a stint in the U.S. Navy he earned a Bachelor of Science degree from Frostburg State College and a Master of Arts from Hood College in Frederick, Maryland. He has worked as a teacher, surveyor, and civil engineer. Always interested in local history, especially South Mountain and Antietam, Mr. Stotelmyer was a founding member of the Central Maryland Heritage League in 1989. The league gained a modest amount of success in preserving some of the lands of the South Mountain Battlefield. From 1989 through 1994 Mr. Stotelmyer volunteered at the Antietam National Battlefield. In 1992 he published The Bivouacs of the Dead: The Story of Those Who Died at Antietam and South Mountain (Toomey Press, Baltimore, Maryland). From 2000 through 2005 Mr. Stotelmyer served as a part-time volunteer and historical consultant for the South Mountain State Battlefield. Steven currently enjoys being a National Park Service Certified Antietam and South Mountain Tour Guide.

The Book: "Too Useful to Sacrifice: Reconsidering George B. McClellan’s Generalship in the Maryland Campaign from South Mountain to Antietam"

The importance of Robert E. Lee’s first movement north of the Potomac River in September 1862 is difficult to overstate. After his string of successes in Virginia, a decisive Confederate victory in Maryland or Pennsylvania may well have spun the war in an entirely different direction. Why he and his Virginia army did not find success across the Potomac was due in large measure to the generalship of George B. McClellan, as Steven Stotelmyer ably demonstrates in Too Useful to Sacrifice: Reconsidering George B. McClellan’s Generalship in the Maryland Campaign from South Mountain to Antietam.

Although typecast as the slow and overly cautious general who allowed Lee’s battered army to escape, in fact, argues Stotelmyer, General McClellan deserves significant credit for defeating and turning back the South’s most able general. He does so through five comprehensive chapters, each dedicated to a specific major issue of the campaign:

Fallacies Regarding the Lost Orders

All the Injury Possible: The Day between South Mountain and Antietam

Antietam: The Sequel to South Mountain

Supplies and Demands: The Demise of General George B. McClellan

Was McClellan’s response to the discovery of Lee’s Lost Orders really as slow and inept as we have been led to believe? Although routinely dismissed as a small prelude to the main event at Antietam, was the fighting on South Mountain the real Confederate high tide in Maryland? Is the criticism leveled against McClellan for not rapidly pursuing Lee’s army after the victory on South Mountain warranted? Did McClellan fail to make good use of his reserves in the bloody fighting on September 17? Finally, what is the real story behind McClellan’s apparent “failure” to pursue the defeated Confederate army after Antietam, which triggered President Lincoln’s frustration with him and resulted in his removal?

Utilizing extensive primary documents and with a keen appreciation for the infrastructure of the nineteenth century Maryland terrain, Stotelmyer deeply explores these long-held beliefs, revealing that often the influence of political considerations dictated military decision-making, and the deliberate actions of the Lincoln Administration behind McClellan’s back resulted in bringing about many of the general’s supposed shortcomings. As readers will soon discover, Lincoln did not need to continue searching for a capable commander; he already had one.