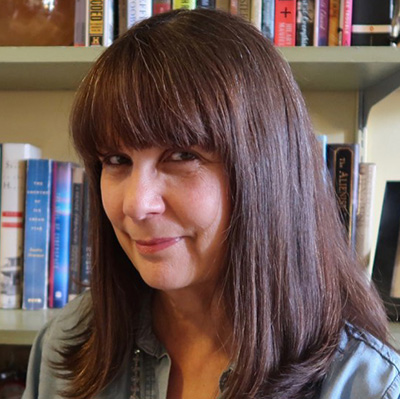 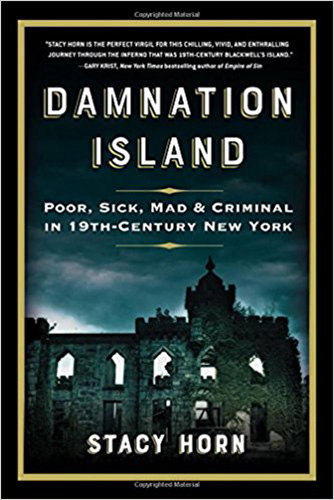 Stacy Horn (born June 3, 1956 in Norfolk, Virginia) is an American author, businesswoman and occasional journalist. She grew up on Long Island, New York and received a B.F.A. from Tufts University and the School of the Museum of Fine Arts. She received a graduate degree from New York University’s Interactive Telecommunications Program.

In 1990, after working as a telecommunications analyst for Mobil Corporation, Horn founded Echo, a New York-based bulletin board system.

On a two-mile stretch of land in New York’s East River, a 19th-century horror story was unfolding . . .

Today we call it Roosevelt Island. Then, it was Blackwell’s, site of a lunatic asylum, two prisons, an almshouse, and a number of hospitals. Conceived as the most modern, humane incarceration facility the world ever seen, Blackwell’s Island quickly became, in the words of a visiting Charles Dickens, “a lounging, listless madhouse.”

In the first contemporary investigative account of Blackwell’s, Stacy Horn tells this chilling narrative through the gripping voices of the island’s inhabitants, as well as the period’s officials, reformers, and journalists, including the celebrated Nellie Bly. Digging through city records, newspaper articles, and archival reports, Horn brings this forgotten history alive: there was terrible overcrowding; prisoners were enlisted to care for the insane; punishment was harsh and unfair; and treatment was nonexistent.

Throughout the book, we return to the extraordinary Reverend William Glenney French as he ministers to Blackwell’s residents, battles the bureaucratic mazes of the Department of Correction and a corrupt City Hall, testifies at salacious trials, and in his diary wonders about man’s inhumanity to man. In Damnation Island, Stacy Horn shows us how far we’ve come in caring for the least fortunate among us—and reminds us how much work still remains.