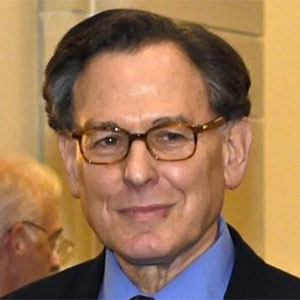 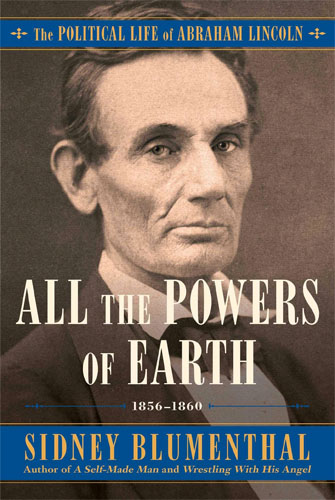 Sidney Blumenthal , author of "All the Powers of Earth: The Political Life of Abraham Lincoln Vol. III, 1856-1860"

Sidney Blumenthal is the acclaimed author of A Self-Made Man and Wrestling with His Angel, the first two volumes in his five-volume biography, The Political Life of Abraham Lincoln. He is the former assistant and senior adviser to President Bill Clinton and senior adviser to Hillary Clinton. He has been a national staff reporter for The Washington Post and Washington editor and writer for The New Yorker. His books include the bestselling The Clinton Wars, The Rise of the Counter-Establishment, and The Permanent Campaign. Born and raised in Illinois, he lives in Washington, DC.

In All the Powers of Earth, Lincoln’s incredible ascent to power in a world of chaos is newly revealed through the great biographer’s extraordinary research and literary style.

After a period of depression that he would ever find his way to greatness, Lincoln takes on the most powerful demagogue in the country, Stephen Douglas, in the debates for a senate seat. He sidelines the frontrunner William Seward, a former governor and senator for New York, to cinch the new Republican Party’s nomination.

All the Powers of Earth is the political story of all time. Lincoln achieves the presidency by force of strategy, of political savvy and determination. This is Abraham Lincoln, who indisputably becomes the greatest president and moral leader in the nation’s history. But he must first build a new political party, brilliantly state the anti-slavery case and overcome shattering defeat to win the presidency. In the years of civil war to follow, he will show mightily that the nation was right to bet on him. He was its preserver, a politician of moral integrity.

All the Powers of Earth cements Sidney Blumenthal as the definitive Lincoln biographer.