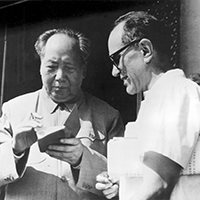 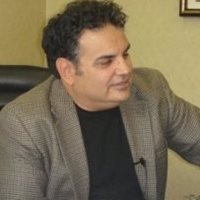 Mr. Rittenberg went to China in World War II as an idealistic young GI, after training by the US Army in China Area and Language Studies at Stanford. After his honorable discharge, he spent many years helping to train Chinese journalists in English, and working on the translations of major documents, including the “Collected Works of Mao Zedong.” He was the only American citizen to be admitted to the Chinese Communist Party, until his withdrawal after the Cultural Revolution. Of his 35 years in China, 16 were spent in solitary confinement in Chinese prisons, wrongfully accused of being an American spy.

Today, Sidney Rittenberg is president of Rittenberg Associates, Inc. He and his wife and partner, Yulin Wang Rittenberg, currently help companies such as Prudential Financial, Colgate/Palmolive, Warner Music Group, MASCO, and Blue Marble in China. Among their leading clients have been Intel, Hughes Aircraft, Korean Air, ClearWire, Microsoft, AIG, Prudential UK, Nextel, Levi Strauss, ARCO, PricewaterhouseCoopers, InFocus, and many others. In addition, he has been a consultant in China to his close friends, Mike Wallace, and the Reverend Billy Graham.

Sidney Rittenberg has held the Frey Distinguished Professorship and Bernstein Professorship of Chinese History at the University of North Carolina (Chapel Hill), where an endowed chair in Asian Studies has been announced in his name. He is now Visiting Professor of Asian Studies at Pacific Lutheran University, where he teaches Chinese Philosophy.

Sidney Rittenberg is well known as the co-author with Amanda Bennett, of The Man Who Stayed Behind, the highly acclaimed account of his 35 years in China. He has written for, or been interviewed by, virtually every major American publication and TV network, and is also a noted lecturer in China.

James DiEugenio is cofounder of two organizations, the Citizens for Truth about the Kennedy Assassination and the Coalition on Political Assassinations. He was coeditor of The Assassinations, a book on the deaths of JFK, MLK, Robert Kennedy, and Malcolm X.