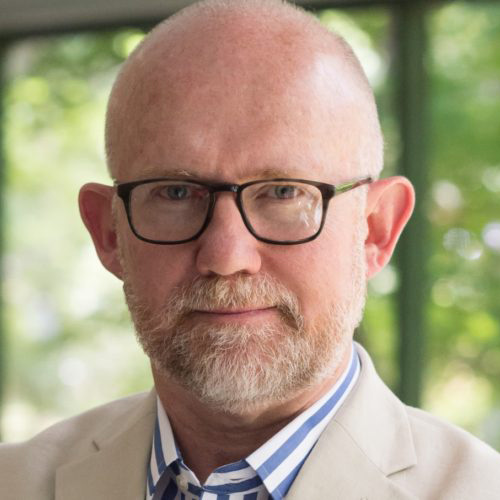 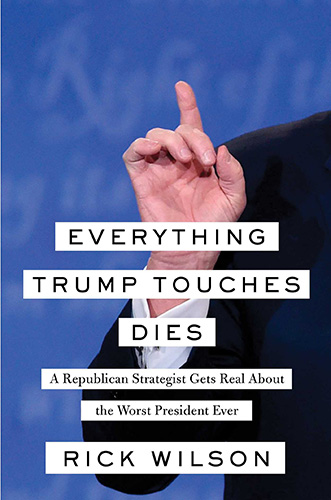 author of "Everything Trump Touches Dies: A Republican Strategist Gets Real About the Worst President Ever"

Rick Wilson, author of "Everything Trump Touches Dies: A Republican Strategist Gets Real About the Worst President Ever"

Rick Wilson is a seasoned Republican political strategist and infamous negative ad-maker. His regular column with The Daily Beast is a must-read in the political community.

Published in The Washington Post, Politico, The Hill, The London Spectator, Rolling Stone, The New York Daily News, The Federalist, Independent Journal Review and beyond, he’s also a frequent guest on Real Time with Bill Maher, CNN, MSNBC, NPR, With Friends Like These, and the national networks.

A 30-year veteran of politics, Rick got his start in the 1988 Presidental campaign of George Herbert Walker Bush, and since has produced groundbreaking advertising and provided winning strategic counsel to political candidates, SuperPACS, state parties, the national campaign committees, and corporate, association, and government clients across the nation and around the world.

The Book: "Everything Trump Touches Dies: A Republican Strategist Gets Real About the Worst President Ever"

In Everything Trump Touches Dies, political campaign strategist and commentator Rick Wilson brings his darkly funny humor and biting analysis to the absurdity of American politics in the age of Trump. Wilson mercilessly exposes the damage Trump has done to the country, to the Republican Party he served for decades, and to the conservative movement that has abandoned its principles for the worst President in American history.

No left-winger, Wilson is a lifelong conservative who delivers his withering critique of Trump from the right. A leader of the Never Trump movement, he warns his own party of the political catastrophe that leaves everyone involved with Trump with reputations destroyed and lives in tatters.

Wilson unblinkingly dismantles Trump’s deceptions and the illusions to which his supporters cling, shedding light on the guilty parties who empower and enable Trump in Washington and the news media. He calls out the race-war dead-enders who hitched a ride with Trump, the alt-right basement dwellers who worship him, and the social conservatives who looked the other way.

Everything Trump Touches Dies deftly chronicles the tragicomic Trump story from the early campaign days through the shock of election night, to the inconceivable trainwreck of Trump’s first year. Rick Wilson provides not only an insightful analysis of the Trump administration, but also an optimistic path forward for the GOP, the conservative movement, and the country.

Combining insider political analysis, blunt truths, and black humor, Everything Trump Touches Dies is perfect for those on either side of the aisle who need a dose of unvarnished reality, a good laugh, a strong cocktail, and a return to sanity in American politics.