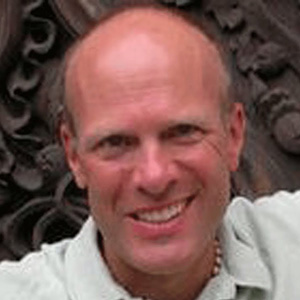 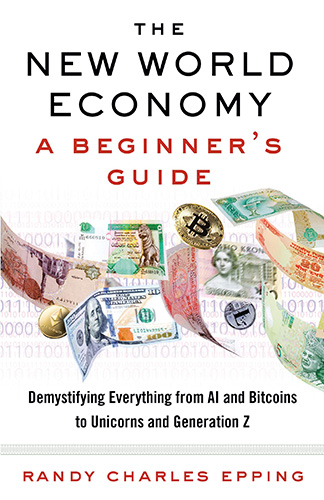 author of "The New World Economy: A Beginner's Guide – A Beginners’ Guide"

Randy Charles Epping, based in Zurich, Switzerland and São Paulo, Brazil, has worked in international finance for over 25 years, holding management positions in European and American investment banks in London, Geneva, and Zurich. He has a master’s degree in international relations from Yale University, in addition to degrees from the University of Notre Dame and the University of Paris-La Sorbonne. He is currently the manager of IFS Project Management AG, a Switzerland-based international consulting company. He is also the president of the Central Europe Foundation, which provides assistance to students and economic organizations in Central and Eastern Europe. In addition to several other books on the world economy, he has written a novel, Trust, a financial thriller based in Zurich and Budapest. Mr. Epping holds dual U.S. and Swiss citizenship and is fluent in six languages: English, French, German, Italian, Portuguese, and Spanish.

The Book: "The New World Economy: A Beginner's Guide – A Beginners’ Guide"

What is blockchain? What is Bitcoin? How can central banks be instrumental in guiding a nation’s economy? What are the underlying causes of trade deficits? Do trade wars actually help the domestic economy? How has the behavior of millennials and Generation Z affected the global economy? Find out all this and more in this definitive guide to the world economy.

As the global economic landscape shifts at an increasing rate, it’s more important than ever that citizens understand the building blocks of the new world economy. In this lively guide, Randy Charles Epping cuts through the jargon to explain the fundamentals. In thirty-six engaging chapters, Epping lays bare everything from NGOs and nonprofits to AI and data mining. With a comprehensive glossary and absolutely no graphs, The New World Economy: A Beginner’s Guide is essential reading for anyone who wants to understand what is going on in the world around them. This timely book is a vital resource for today’s chaotic world.