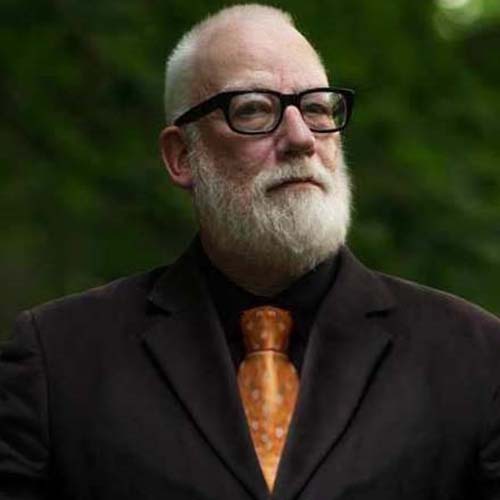 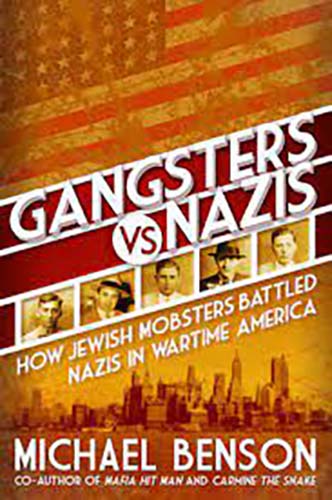 author of "Gangsters vs. Nazis: How Jewish Mobsters Battled Nazis in Wartime America"

Michael Benson is one of today’s most popular true-crime writers.

His books—including Betrayal In Blood, Murder In Connecticut, Killer Twins, The Burn Farm, Mommy Deadliest, A Killer’s Touch, Evil Season, and The Devil at Genesee Junction—tell vividly of today’s most heinous criminals, and the clever and stalwart lawmen who bring them to justice.

He is currently a regular commentator for two true-crime series, Evil Twins and Evil Kin, on the Investigation Discovery (I.D.) channel, and had also made guest appearances on that channel’s Evil Stepmoms, Deadly Sins, Southern Fried Homicide, and On the Case with Paula Zahn. Benson’s most recent crime book, The Devil at Genesee Junction, tells the story of his return to the scene of a childhood trauma.

Two of his friends were murdered and mutilated near his rural home south of Rochester, N.Y. when he was nine. Those murders were never solved.

As an adult and veteran true-crime writer, Benson teamed up with the mother of one of the victims and a local private investigator to heat up that cold case and propel it in a startling new direction.

explored the Grassy Knoll in Dallas with a former KGB agent while researching his much-acclaimed Who’s Who in the JFK Assassination; collaborated efficiently with an astronaut; and covered the Stephen Hayes triple-murder trial in New Haven, Ct., for the New York Post. Benson has a B.A. with honors in Communication Arts from Hofstra University, and currently lives in Brooklyn, N.Y. He is the winner of an Academy of American Poets award.

The Book: "Gangsters vs. Nazis: How Jewish Mobsters Battled Nazis in Wartime America"

The stunning true story of the rise of Nazism in America during the 1930s and 1940s—and the fearless Jewish gangsters and crime families who joined forces to fight back…with a vengeance. Acclaimed nonfiction crime author Michael Benson divulges the thrilling role of Jewish mobsters like Meyer Lansky and Bugsy Siegel in stomping out the terrifying tide of Nazi sympathizers in the years leading to WWII.  As Adolph Hitler rose to power in 1930s Germany, a growing wave of fascism began to take root on American soil. Nazi activists started to gather in major American cities, and by 1933, there were more than one-hundred anti-Semitic groups operating openly in the United States. Few Americans dared to speak out or fight back—until an organized resistance of notorious mobsters waged their own personal war against the Nazis in their midst. Gangland-style…  In this thrilling blow-by-blow account, acclaimed crime writer Michael Benson uncovers the shocking truth about the insidious rise of Nazism in America—and the Jewish mobsters who stomped it out. Learn about:  * Nazi Town, USA: How one Long Island community named a street after Hitler, decorated buildings with swastikas, and set up a camp to teach US citizens how to goosestep.  * Meyer Lansky and Murder Inc.: How a Jewish mob accountant led fifteen goons on a joint family mission to bust heads at a Brown Shirt rally in Manhattan.  * Fritz Kuhn, “The Vest-Pocket Hitler”: How a German immigrant spread Nazi propaganda through the American Bund in New York City—with 70 branches across the US.  * Newark Nazis vs The Minutemen: How a Jewish resistance group, led by a prize fighter and bootlegger for the mob, waged war on the Bund in the streets of Newark.  * Hitler in Hollywoodland: How Sunset Strip kingpin Mickey Cohen knocked two Brown Shirters’ heads together—and became the West Coast champion in the mob’s war on Nazis.  Packed with surprising, little-known facts, graphic details, and unforgettable personalities, Gangsters vs. Nazis chronicles the mob’s most ruthless tactics in taking down fascism—inspiring ordinary Americans to join them in their fight. The book culminates in one of the most infamous events of the pre-war era—the 1939 Nazi rally in Madison Square Garden—in which law-abiding citizens stood alongside hardened criminals to fight for the soul of a nation. This is the story of the mob that’s rarely told—and one of the most fascinating chapters in American history. And American organized crime.