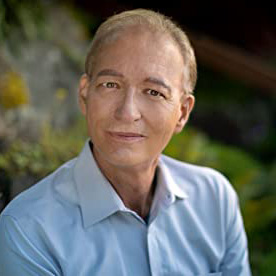 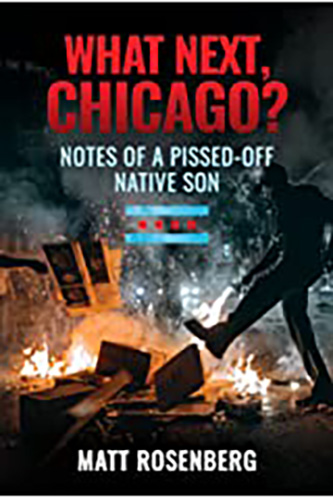 author of "What Next, Chicago?: Notes of a Pissed-Off Native Son"

Matt Rosenberg, author of "What Next, Chicago?: Notes of a Pissed-Off Native Son"

Matt Rosenberg has battled the Chicago Democratic Machine, advocated for transportation infrastructure; a better business climate; and government transparency. He worked on the Pulitzer-finalist Mirage tavern undercover investigation in Chicago, and helped elect an independent reform alderman to the Chicago City Council. He was a newspaper reporter and columnist in suburban Chicago, and a Seattle-Times op-ed columnist. He founded and ran the originally-reported news database Public Data Ferret, and was a senior editor for Mozilla’s Open Standard. His writing has also appeared in the Chicago Tribune, Weekly Standard, National Review Online, City Journal, and Jewish World Review

The Book: "What Next, Chicago?: Notes of a Pissed-Off Native Son"

In the fall of 2020, amidst riots, looting, and an alarming uptick in senseless killings, journalist Matt Rosenberg returns to his native Chicago to see if the city can dig itself out of the hot mess it’s become after decades of liberal governance.

Our nation’s big cities are broken. Urban progressive government badly undermines those it claims to lift up. Matt Rosenberg lived in Chicago for thirty years, and came back to live there again amidst the turmoil of 2020. What Next, Chicago? Notes of a Pissed-Off Native Son exposes the roots of Chicago’s violent crime, failing courts and schools, rotten finances, and ongoing Black exodus, and proposes a rescue plan for this emblematic American city.

“What has happened to Chicago? That’s Matt Rosenberg’s question, and mine as well. His loving tribute to our hometown is a moving, sensitive, humane, and trenchant critical assessment. Read it and weep.” —Glenn C. Loury, Professor of the Social Sciences at Brown University, and author of One By One from the Inside Out: Essays and Reviews on Race and Responsibility in America

“Matt Rosenberg writes about the Chicago Way in the Chicago Style of a Mike Royko…. It’s a coherent, honest, and balanced tour of the city’s perpetual corruption, unsafe streets, gawd-awful schools, ghost neighborhoods, financial legerdemain, and the false Unified Theory of Systemic Racism that cloaks it all. Yet, What Next, Chicago? is no helpless, hopeless wail, but a powerful and useful roadmap for a rebirth of a once-great city, based on the voices of Black families and others who don’t need academia to know what to do. Must reading for Chicago lovers.” —Dennis Byrne, former Chicago Sun-Times editorial board member.