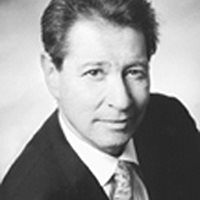 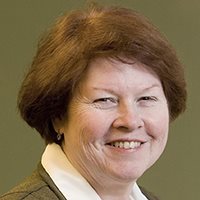 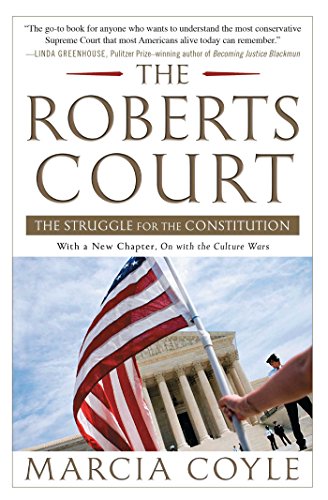 author of "The Roberts Court: The Struggle for the Constitution"

A resident of New York City, Schechter has been a practicing criminal defense lawyer in New York City for 36 years in both the federal and state courts.

Schechter most recently served as vice-chair of the Criminal Justice Section.

He is a past and newly elected member of the Board of Directors of the National Association of Criminal Defense Lawyers (NACDL) where he serves on various committees: Bylaws, Audit, Indigent Defense and Website and Listserv.

Schechter also is one of the co-chairs of the NACDL’s Problem Solving Courts Task Force which is completing a two year-long nationwide study of problem-solving courts (Drug Courts, Mental Health Courts, etc.) and will publish a report on the efficacy of these institutions.

New York’s system of attorney oversight is ill-equipped or unwilling to identify, punish and deter prosecutors who abuse their authority.

A ProPublica analysis of more than a decade’s worth of state and federal court rulings found more than two dozen instances in which judges explicitly concluded that city prosecutors had committed harmful misconduct. In each instance, these abuses were sufficient to prompt courts to throw out convictions.

Yet the same appellate courts did not routinely refer prosecutors for investigation by the state disciplinary committees charged with policing lawyers. Disciplinary committees, an arm of the appellate courts, almost never took serious action against prosecutors. None of the prosecutors who oversaw cases reversed based on misconduct were disbarred, suspended, or censured except for Stuart. (Stuart declined repeated requests for an interview for this story.)

Nor were any but Stuart punished by their superiors in the city’s district attorney offices. In fact, personnel records obtained by ProPublica show, several received promotions and raises soon after courts cited them for abuses.

The damage from prosecutorial misconduct can be devastating, not only allowing guilty people like Bennett to go free, but also putting innocents behind bars. In 10 cases identified by ProPublica, defendants convicted at least in part because of a prosecutor’s abuse were ultimately exonerated, often after years in prison.

Shih-Wei Su was incarcerated for 12 years on attempted murder charges before a federal appeals court cleared him, finding that a prosecutor had “knowingly elicited false testimony” in winning a conviction. The city eventually paid Su $3.5 million. The prosecutor received nothing more than a private reprimand.

Jabbar Collins served 15 years in prison for a murder he didn’t commit before his conviction was thrown out in 2010; Michael Vecchione, a senior Brooklyn prosecutor, had withheld critical evidence during trial. Collins has filed a $150 million lawsuit against the city. No action has been taken against Vecchione.

Last July, two men filed lawsuits for a combined $240 million against the city for wrongful convictions that a state appeals court found were won in part because Manhattan prosecutors had withheld evidence. The men served 36 years in prison, collectively. The prosecutor, who long ago left the district attorney’s office, has not been publicly disciplined.

“It’s an insidious system,” said Marvin Schechter, a defense attorney and chairman of the criminal justice section of the New York State Bar Association. “Prosecutors engage in misconduct because they know they can get away with it.” (Schechter said he was expressing his own opinion, not that of his bar section.)

Allegations of such practices are substantiated in only a fraction of the roughly 285,000 cases they handle each year, they assert. Even in those, they add, what courts deem misconduct often amounts to inadvertent error.

Top prosecutors also say their offices have taken significant steps to limit and expose misconduct, in part by establishing internal units that examine claims of abuse.

There have been a variety of reports over the years, both national and local, that documented a substantial array of serious misconduct involving front-line and senior prosecutors alike.

Across those years, there has been at least one constant: the inability or unwillingness to meaningfully punish the offending prosecutors.

Marcia Coyle, author of "The Roberts Court: The Struggle for the Constitution"

Marcia Coyle is the Chief Washington Correspondent for The National Law Journal. A lawyer and journalist, Coyle has covered the Supreme Court for nineteen years. She regularly appears on PBS’s NewsHour. Her work has earned numerous national journalism awards, including the George Polk Award for legal reporting, the Investigative Reporters and Editors Award for outstanding investigative reporting, the Scripps Howard Foundation Award for environmental reporting, and the American Judicature Society’s Toni House Journalism Award.

The Book: "The Roberts Court: The Struggle for the Constitution"

For eight years, the Roberts Court has been at the center of a constitutional maelstrom. In this acclaimed account, the much-honored, expert Supreme Court reporter Marcia Coyle reveals the fault lines in the conservative-dominated court led by Chief Justice John Roberts Jr.

Seven minutes after President Obama put his signature to a landmark national health care insurance program, a lawyer in the office of Florida GOP attorney general Bill McCollum hit a computer key, sparking a legal challenge to the new law that would eventually reach the nation’s highest court. Health care is only the most visible and recent front in a battle over the meaning and scope of the US Constitution. The battleground is the United States Supreme Court, and one of the most skilled, insightful, and trenchant of its observers takes us close up to watch it in action.

Marcia Coyle’s brilliant inside analysis of the High Court captures four landmark decisions—concerning health care, money in elections, guns at home, and race in schools. Coyle examines how those cases began and how they exposed the great divides among the justices, such as the originalists versus the pragmatists on guns and the Second Amendment, and corporate speech versus human speech in the controversial Citizens United case. Most dramatically, her reporting shows how dedicated conservative lawyers and groups have strategized to find cases and crafted them to bring up the judicial road to the Supreme Court with an eye on a receptive conservative majority.

The Roberts Court offers a ringside seat to the struggle to lay down the law of the land.