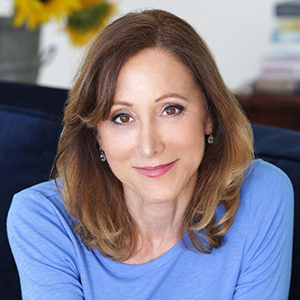 author of "A Boob’s Life: How America’s Obsession Shaped Me… and You"

Leslie Lehr, author of "A Boob’s Life: How America’s Obsession Shaped Me… and You"

Leslie Lehr explores the duality of today’s women to navigate a new path between sexy and sacred. Salma Hayek is developing Leslie’s critically acclaimed new memoir, A Boob’s Life, into a comedy series for HBO Max. A prize-winning writer, Leslie’s books include What A Mother Knows, a Target Recommended Read, Wife Goes On, and 66 Laps, winner of the Pirate’s Alley Faulkner Prize. Her nonfiction books include Welcome to Club Mom, Club Grandma, excerpted on FisherPrice.com, and Wendy Bellissimo: Nesting, featured on Oprah.

Leslie’s personal essays have appeared in the New York Times Modern Love column (narrated by Katie Couric on NPR), HuffPost, Yourtango, and in anthologies including Mommy Wars, The Honeymoon’s Over, and On Becoming Fearless. She wrote the original screenplays for the indie romantic thriller, Heartless, and the comedy-drama, Club Divorce.

She has a BA from the USC School of Cinematic Arts where she won a Student Emmy, and an MFA from Antioch. A breast cancer survivor, she is “Chemo Chick” on Sickofpink.com.

Leslie is the Novel Consultant for Truby Writers Studio and taught for ten years in the Writer’s Program at UCLA. Leslie is a judge for the WFWA debut novel contest, a member of PEN, the Authors Guild, WGA, Women In Film, the ACLU, and The Women’s Leadership Council of L.A.

Leslie Lehr has two daughters, two cats, and lives with her husband, John Truby, as close to the beach as possible in southern California.

The Book: "A Boob’s Life: How America’s Obsession Shaped Me… and You"

Author Leslie Lehr wants to talk about boobs. She’s gone from size AA to DDDD and everything between, from puberty to motherhood, enhancement to cancer, and beyond. And she’s not alone – these are classic life stages for women today.

At turns funny and heartbreaking, A Boob’s Life explores both the joys and hazards inherent to living in a woman’s body. Lehr deftly blends her personal narrative with national history, starting in the 1960s with the women’s liberation movement and moving to the current feminist dialogue and what it means to be a woman. Her insightful and clever writing analyzes how America’s obsession with the female form has affected her own life’s journey and the psyche of all women today.