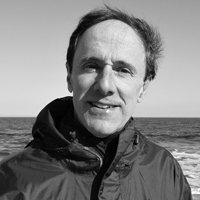 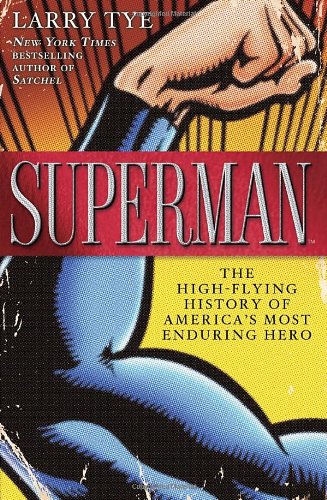 author of "Superman: The High-Flying History of America's Most Enduring Hero" 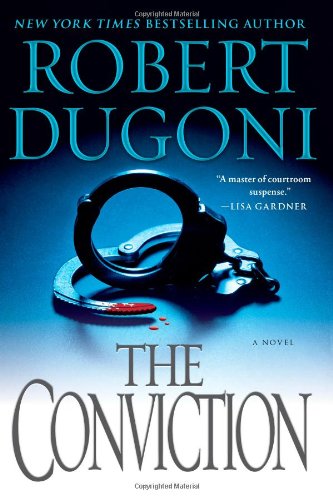 author of "The Conviction: A Novel"

Larry Tye, author of "Superman: The High-Flying History of America's Most Enduring Hero"

Prominent Trial Attorney, Jack Girardi interviews Larry Tye , a prize-winning journalist at The Boston Globe and a Nieman Fellow at Harvard University. He is the author of Satchel: The Life and Times of an American Legend (one of The New York Times’ 100 Notable Books of 2009) The Father of Spin, Home Lands, and Rising from the Rails and co-author, with Kitty Dukakis, of Shock. Tye is currently at work on a biography of Robert Kennedy for Random House. He lives in Lexington, Massachusetts.

Superman: The High-Flying History of America’s Most Enduring Hero Starts long before the doomed planet of Krypton was destroyed and its lone orphan’s arrival on his adopted planet earth…it begins in the midst of the great depression… with Jerry Siegel, a shy, awkward teenager in Cleveland. Raised on adventure tales and robbed of his father at a young age, Jerry dreamed of a hero for a boy– and a world –that desperately needed one.

Together with neighborhood chum and kindred spirit Joe Shuster, young Siegel conjured a human-sized god who was everything his creators yearned to be: handsome, stalwart, and brave, able to protect the innocent, punish the wicked, save the day, and win the girl. Superman has changed with the times…and every new medium in which the man of steel has been featured has given the character new aspects and new facets…sometimes even new powers. Superman has been adopted by every generation since his creation nearly 8 decades ago…and continues to be a relevant hero for today and tomorrow. Larry Tye has written the definitive study of the Last Son of Krypton, and we’re delighted to welcome him to the Law Business Insider.

The Book: "Superman: The High-Flying History of America's Most Enduring Hero"

Seventy-five years after he came to life, Superman remains one of America’s most adored and enduring heroes. Now Larry Tye, the prize-winning journalist and New York Times bestselling author of Satchel, has written the first full-fledged history not just of the Man of Steel but of the creators, designers, owners, and performers who made him the icon he is today.

Legions of fans from Boston to Buenos Aires can recite the story of the child born Kal-El, scion of the doomed planet Krypton, who was rocketed to Earth as an infant, raised by humble Kansas farmers, and rechristened Clark Kent. Known to law-abiders and evildoers alike as Superman, he was destined to become the invincible champion of all that is good and just—and a star in every medium from comic books and comic strips to radio, TV, and film.

But behind the high-flying legend lies a true-to-life saga every bit as compelling, one that begins not in the far reaches of outer space but in the middle of America’s heartland. During the depths of the Great Depression, Jerry Siegel was a shy, awkward teenager in Cleveland. Raised on adventure tales and robbed of his father at a young age, Jerry dreamed of a hero for a boy and a world that desperately needed one. Together with neighborhood chum and kindred spirit Joe Shuster, young Siegel conjured a human-sized god who was everything his creators yearned to be: handsome, stalwart, and brave, able to protect the innocent, punish the wicked, save the day, and win the girl. It was on Superman’s muscle-bound back that the comic book and the very idea of the superhero took flight.

Tye chronicles the adventures of the men and women who kept Siegel and Shuster’s “Man of Tomorrow” aloft and vitally alive through seven decades and counting. Here are the savvy publishers and visionary writers and artists of comics’ Golden Age who ushered the red-and-blue-clad titan through changing eras and evolving incarnations; and the actors—including George Reeves and Christopher Reeve—who brought the Man of Steel to life on screen, only to succumb themselves to all-too-human tragedy in the mortal world. Here too is the poignant and compelling history of Siegel and Shuster’s lifelong struggle for the recognition and rewards rightly due to the architects of a genuine cultural phenomenon.

From two-fisted crimebuster to über-patriot, social crusader to spiritual savior, Superman—perhaps like no other mythical character before or since—has evolved in a way that offers a Rorschach test of his times and our aspirations. In this deftly realized appreciation, Larry Tye reveals a portrait of America over seventy years through the lens of that otherworldly hero who continues to embody our best selves.

“A story as American as Superman himself . . . The best origin story pulsing through Superman is not the one about the Krypton-to-Kansas alien baby, but rather the one about the superhero’s mortal and sometimes star-crossed creators.”—The Washington Post

“A rich history full of lively heroes and villains‚ much like a comic book. Essential for Superman fans.”—Library Journal (starred review)

Robert Dugoni, author of "The Conviction: A Novel"

The Book: "The Conviction: A Novel"

In this gripping, high-octane legal thriller by critically acclaimed New York Times bestselling author Robert Dugoni, a father steps outside the law and does whatever it takes to save his son, trapped in a juvenile detention center from hell.

In this gripping, high-octane thriller by critically acclaimed New York Times bestselling author Robert Dugoni, a father takes the law into his own hands to save his son, trapped in a juvenile detention center from hell.

Lawyer David Sloane is desperate to get through to his troubled teenage son Jake. Still reeling from the devastating loss of his mother in a brutal murder, Jake has spiraled out of control and Sloane has barely been able to keep him out of jail. So when his old friend, detective Tom Molia, suggests that they take their sons on a guys-only camping trip, Sloane gratefully accepts.

What Sloane imagines will be the perfect excursion turns into a horrifying nightmare when the boys are arrested for vandalizing a general store late at night while their fathers are asleep. The next morning, before Sloane and Molia even realize they’re gone, their sons are tried, convicted, and sentenced by the presiding judge to six months in the county wilderness detention camp, Fresh Start. For the teenagers, a grueling physical and psychological ordeal begins.

As Sloane fights the conviction against the boys, he discovers that local judge Earl Boykin’s authority seems to extend far beyond the confines of his courtroom. Meanwhile, on the inside, Jake is forced to grow up quickly and soon learns the hard way that this detention center has a very different purpose than rehabilitating troubled youths.

With their legal options exhausted, Sloane and Molia will do anything to save their sons—even mount a daring rescue operation that could win the boys their freedom . . . or cost all of them their lives.