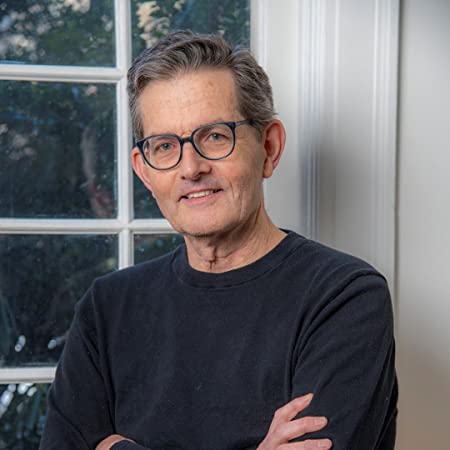 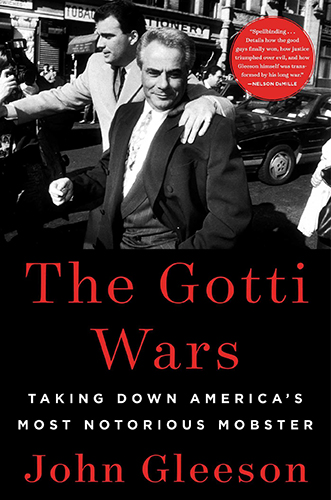 author of "The Gotti Wars - Taking Down America's Most Notorious Mobster"

John Gleeson, author of "The Gotti Wars - Taking Down America's Most Notorious Mobster"

Judge John Gleeson, currently a partner at Debevoise & Plimpton, has had distinguished careers as a federal prosecutor, federal judge, and practicing defense attorney. He was lead counsel in the successful racketeering-murder trials of John Gotti and Vic Orena, respectively the bosses of the Gambino and Colombo crime families, for which he received the Attorney General’s Distinguished Service Award. As a United States District Judge in Brooklyn, he presided over more than 200 civil and criminal jury trials. Gleeson currently teaches at New York University School of Law, Harvard Law School, and Yale Law School. He lives in New York City with his family.

The Book: "The Gotti Wars - Taking Down America's Most Notorious Mobster"

A riveting, decades-in-the-writing memoir from the determined young prosecutor who, in two of America’s most celebrated trials, managed to convict famed mob boss John Gotti—and subsequently took down the Mafia altogether.  John Gotti was without a doubt the flashiest and most feared Mafioso in American history. He became the boss of the Gambino Crime Family in spectacular fashion—with the brazen and very public murder of Paul Castellano in front of Sparks Steakhouse in midtown Manhattan in 1985. Not one to stay below law enforcement’s radar, Gotti instead became the first celebrity crime boss. His penchant for eye-catching apparel earned him the nickname “The Dapper Don;” his ability to beat criminal charges led to another: “The Teflon Don.”  This is the captivating story of Gotti’s meteoric rise to power and his equally dramatic downfall. Every step of the way, Gotti’s legal adversary—John Gleeson, an Assistant US Attorney in Brooklyn—was watching. When Gotti finally faced two federal racketeering prosecutions, Gleeson prosecuted both. As the junior lawyer in the first case—a bitter seven-month battle that ended in Gotti’s acquittal—Gleeson found himself in Gotti’s crosshairs, falsely accused of serious crimes by a defense witness Gotti intimidated into committing perjury.  Five years later, Gleeson was in charge of the second racketeering investigation and trial. Armed with the FBI’s secret recordings of Gotti’s conversations with his underboss and consigliere in the apartment above Gotti’s Little Italy hangout, Gleeson indicted all three. He “flipped” underboss Sammy the Bull Gravano, killer of nineteen men, who became history’s highest-ranking mob turncoat—resulting in Gotti’s murder conviction. Gleeson ended not just Gotti’s reign, but eventually that of the entire mob.

When Gravano decided to turn government witness, Gleeson were fearful it was a trap. But the conscientiousness of his cooperation and the quality of the information he provided quickly erased any doubts.

Gravano’s defection was a devastating blow for Gotti, who had escaped conviction at three previous trials, earning a reputation as the “Teflon Don.” After Gravano’s testimony, Gotti was found guilty of five murders–including masterminding the assassination of his predecessor, Paul Castellano, as head of the Gambino crime family, the most important of New York City’s five Mafia organizations.

Gleeson wrote in their sentencing recommendation on Gravano that he had been the most significant witness in the history of organized crime in the United States. Part of the reason he has been so valuable is the position he occupied before he chose to cooperate. As the under boss of the Gambino Family of La Cosa Nostra, Gravano participated in or otherwise obtained knowledge of a truly astounding array of criminal activity.

Gravano was of such a stature in that environment that his decision to cooperate has caused some members of organized crime to believe that there must be something wrong with the Mafia.

The list of defectors from organized crime since November, 1991, when Gravano began cooperating, is striking: In the Colombo Family alone, 10 people, including the consigliere and two captains, have cooperated; there are three significant new witnesses from the Luchese Family, including its under boss. Many of these witnesses had known Gravano personally, and his defection to the government helped to pave the way for their decision to cooperate.

The judge said that while Gravano was accused of 19 murders, he had only actually committed one killing. Glasser said that Gravano would face the risk of retribution by the mob for the rest of his life.  An epic, page-turning courtroom drama, The Gotti Wars is a brilliantly told crime story that illuminates a time in our nation’s history when lawyers and mobsters dominated the news, but it’s also the story of a tenacious young man, in the glare of the media spotlight, who mastered the art of becoming a great attorney.