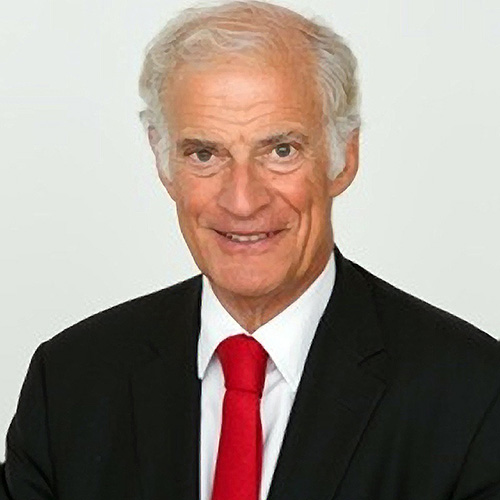 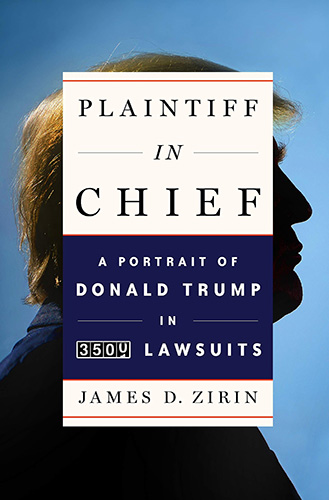 author of "Plaintiff in Chief: A Portrait of Donald Trump in 3,500 Lawsuits"

Jim Zirin, author of "Plaintiff in Chief: A Portrait of Donald Trump in 3,500 Lawsuits"

Jim Zirin is author of three books, the latest of which is Plaintiff in Chief-Portrait of Donald Trump in 3500 Lawsuits. He is host of the critically acclaimed television talk show, Conversations with Jim Zirin, which can be seen weekly throughout the New York metropolitan area, and on PBS stations nationwide.

In an early review of Plaintiff in Chief, Kirkus Reviews praised the “unique approach to the continuing deconstruction of the Trumpian edifice,” adding that “former federal prosecutor Zirin pieces together a highly damning portrait of Donald Trump as a serial abuser of the law. The book is so incriminating not only because of the author’s credentials, but also because the details are grounded in lawsuits filed by Trump, against Trump, or, in some instances, cross-filed by the opposing parties.”

The Book: "Plaintiff in Chief: A Portrait of Donald Trump in 3,500 Lawsuits"

Unlike all previous presidents who held distinguished positions in government or the military prior to entering office, Donald Trump’s political worldview was molded in the courtroom. He sees law not as a system of rules to be obeyed and ethical ideals to be respected, but as a weapon to be used against his adversaries or a hurdle to be sidestepped when it gets in his way. He has weaponized the justice system throughout his career, and he has continued to use these backhanded tactics as Plaintiff in Chief.

In this book, distinguished New York attorney James Zirin presents Trump’s lengthy litigation history as an indication of his character and morality, and his findings are chilling: if you partner with Donald Trump, you will probably wind-up litigating with him. If you enroll in his university or buy one of his apartments, chances are you will want your money back. If you are a woman and you get too close to him, you may need to watch your back. If you try to sue him, he’s likely to defame you. If you make a deal with him, you had better get it in writing. If you are a lawyer, an architect, or even his dentist, you’d better get paid up front. If you venture an opinion that publicly criticizes him, you may be sued for libel.

A window into the president’s dark legal history, Plaintiff in Chief is as informative as it is disturbing.