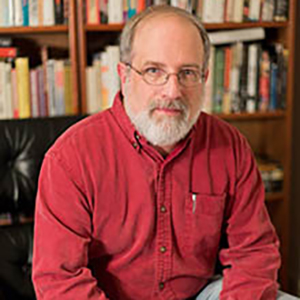 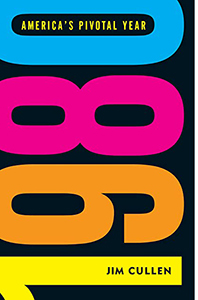 Jim Cullen was born in Queens, New York, and attended public schools on Long Island. He received his B.A. in English from Tufts University, and his A.M. and Ph.D. degrees in American Civilization from Brown University. He has taught at a number of colleges and universities, including Harvard, Brown and Sarah Lawrence College, and currently teaches in the History Department of the Ethical Culture Fieldston School in New York City. He is married to historian Lyde Cullen Sizer and has four children.

Jim is the author of over dozen books, which include “Sensing the Past: Hollywood Stars and Historical Visions” (Oxford University Press, 2013), “The American Dream: A Short History of an Idea that Shaped a Nation” (Oxford, 2003) and “Born in the USA: Bruce Springsteen and the American Tradition” (HarperCollins, 1997).

His essays and reviews have been published in the Washington Post, USA Today, Rolling Stone, and the American Historical Review, among other periodicals. I published three books in 2021: From Memory to History: Television Versions of the Twentieth Century, Martin Scorsese and the American Dream, and my first novel, Best Class You Never Had.

1980 was a turning point in American history. When the year began, it was still very much the 1970s, with Jimmy Carter in the White House, a sluggish economy marked by high inflation, and the disco still riding the airwaves. When it ended, Ronald Reagan won the presidency in a landslide, inaugurating a rightward turn in American politics and culture. We still feel the effects of this tectonic shift today, as even subsequent Democratic administrations have offered neoliberal economic and social policies that owe more to Reagan than to FDR or LBJ. To understand what the American public was thinking during this pivotal year, we need to examine what they were reading, listening to, and watching.

1980: America’s Pivotal Year puts the news events of the era—everything from the Iran hostage crisis to the rise of televangelism—into conversation with the year’s popular culture. Separate chapters focus on the movies, television shows, songs, and books that Americans were talking about that year, including both the biggest hits and some notable flops that failed to capture the shifting zeitgeist. As he looks at the events that had Americans glued to their screens, from the Miracle on Ice to the mystery of Who Shot J.R., cultural historian Jim Cullen garners surprising insights about how Americans’ attitudes were changing as they entered the 1980s.