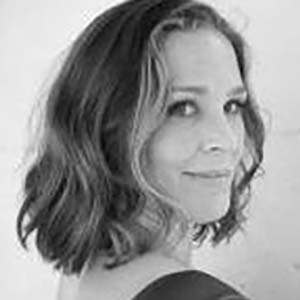 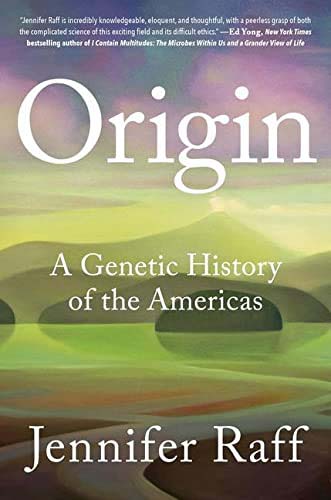 author of "Origin: A Genetic History of the Americas"

Jennifer Raff, author of "Origin: A Genetic History of the Americas"

Jennifer Raff is an Associate Professor of Anthropology at the University of Kansas with a dual Ph.D. in anthropology and genetics and over fourteen years of experience in researching ancient and modern human DNA from the Americas. In addition to her research, she has been writing on issues of scientific literacy and anthropological research at her own website, Violent Metaphors, and for The Guardian, HuffPost and Evolution Institute blogs for several years. Since 2019 she has been writing a monthly column for Forbes on emerging research in genetics and archaeology.

The Book: "Origin: A Genetic History of the Americas"

AN INSTANT NEW YORK TIMES BESTSELLER! From celebrated anthropologist Jennifer Raff comes the untold story—and fascinating mystery—of how humans migrated to the Americas.  ORIGIN is the story of who the first peoples in the Americas were, how and why they made the crossing, how they dispersed south, and how they lived based on a new and powerful kind of evidence: their complete genomes. ORIGIN provides an overview of these new histories throughout North and South America, and a glimpse into how the tools of genetics reveal details about human history and evolution.  20,000 years ago, people crossed a great land bridge from Siberia into Western Alaska and then dispersed southward into what is now called the Americas. Until we venture out to other worlds, this remains the last time our species has populated an entirely new place, and this event has been a subject of deep fascination and controversy. No written records—and scant archaeological evidence—exist to tell us what happened or how it took place. Many different models have been proposed to explain how the Americas were peopled and what happened in the thousands of years that followed.

A study of both past and present, ORIGIN explores how genetics is currently being used to construct narratives that profoundly impact Indigenous peoples of the Americas. It serves as a primer for anyone interested in how genetics has become entangled with identity in the way that society addresses the question “Who is indigenous?”