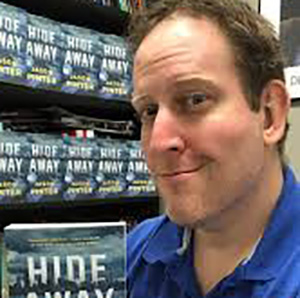 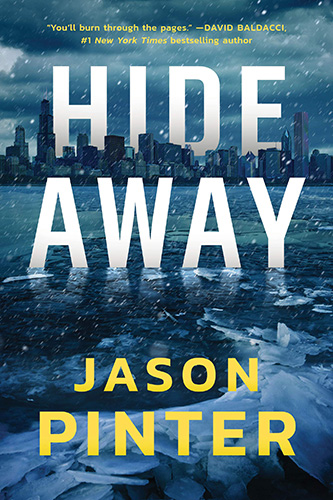 author of "Hide Away"

Jason Pinter, author of "Hide Away"

Jason Pinter is the bestselling author of Hide Away, the first Rachel Marin novel, as well as five novels in his Henry Parker thriller series and the standalone novel The Castle, which have over one million copies in print worldwide and have been published in over a dozen countries, the Middle Grade adventure novel Zeke Bartholomew: SuperSpy, and the children’s picture book Miracle. He has been nominated for the Thriller Award, Strand Critics Award, Barry Award, RT Reviewers Choice Award, Shamus Award and CrimeSpree Award. Two of his books—The Fury and The Darkness—were chosen as Indie Next selections, and The Mark, The Stolen and The Fury, were named to The Strand’s Best Books of the Year list. The Mark and The Stolen both appeared on the ‘Heatseekers’ bestseller list in The Bookseller (UK). The Mark was optioned to be a feature film.

He is the Founder and Publisher of Polis Books, an independent publishing company he launched in 2013 following positions in editorial and marketing at Warner Books, Random House, St. Martin’s Press and Grove/Atlantic and the Mysterious Press. He was named one of Publisher Weekly’s inaugural Star Watch honorees, which “recognizes young publishing professionals who have distinguished themselves as future leaders of the industry.”

He has written for The New Republic, Entrepreneur, Esquire, Spy, The Daily Beast, Medium and The Huffington Post, and been featured in Library Journal, Publishers Weekly, MediaBistro, Mystery Scene and more. He was named one of the top writers on Twitter (@JasonPinter) by Mashable and the Huffington Post, and his articles and essays have been covered in the New York Times, Los Angeles Times, CNN, The Atlantic, Boston Globe, New York Observer, Baltimore Sun, Salon and as far as Australia’s Sydney Morning Herald. He was born in New York City in 1979 and currently lives in Hoboken, NJ with his wife and two daughters.Meg was born in Oklahoma City and raised in Santa Barbara, California. She graduated from Stanford University, where she lettered in varsity cross country and earned a B.A. in Economics. She went on to graduate from Stanford Law School.

The Book: "Hide Away"

“Pinter is in fine form with Hide Away. You’ll burn through the pages.” — David Baldacci

From the bestselling author of the Henry Parker series comes a page-turning thriller about a vigilante who’s desperate to protect her secrets—and bring a killer to justice.

On the surface, Rachel Marin is an ordinary single mother; on the inside, she’s a fierce, brilliant vigilante. After an unspeakable crime shatters her life, she changes her identity and moves to a small town in Illinois, hoping to spare her children from further trauma…or worse. But crime follows her everywhere.

When the former mayor winds up dead, Rachel can’t help but get involved. Where local detectives see suicide, she sees murder. They resent her for butting in—especially since she’s always one step ahead. But her investigative genius may be her undoing: the deeper she digs, the harder it is to keep her own secrets buried.

Her persistence makes her the target of both the cops and a killer. Meanwhile, the terrifying truth about her past threatens to come to light, and Rachel learns the hard way that she can’t trust anyone. Surrounded by danger, she must keep her steely resolve, protect her family, and stay one step ahead, or else she may become the next victim.