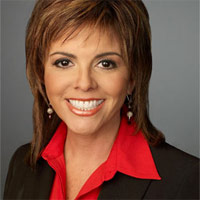 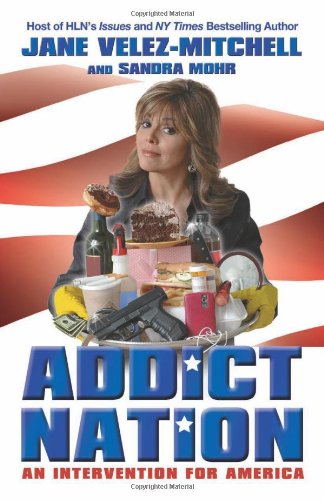 author of "Addict Nation: An Intervention for America"

Jane Velez-Mitchell, author of "Addict Nation: An Intervention for America"

Jane Velez-Mitchell brings her award-winning journalistic talents alongside her own personal perspective for her new book Addict Nation.

Jane is, of course, host of the Headline News, show that bears her name, Issues with Jane Velez-Mitchell, You see her regularly, Commenting on High Profile cases on CNN, on Tru-TV and on E! Network, and she’s also a hard hitting non fiction author. Her last book Secrets Can Be Murder, The Killer Next Door probed 21 of the most sinister recent crimes and in each case, showed how leading a double life can put you in prison…and how failing to spot liars can put you in deadly danger.

She’s also the author of her own starkly honest memoir, I Want! My Journey from Addiction and Overconsumption to a Simpler, Honest Life. The perceptions that she outlines in I Want are even more significant in her new book.

One of the most insidious and expensive addictions that Jane explains is plaguing our nation is the nation’s irrational attachment to Incarceration as a solution to multitudes of societal problems. The knee-jerk “Lock ‘Em Up” reaction that keeps getting politicians elected is costing the nation billions in prison costs, and is inherently unequal, letting poor minorities rot in cells, and the rich and priveleged escape with “Diversions” and “Interventions.” There’s a better way, and she joins us on Law Business Insider to talk about that.

The Book: "Addict Nation: An Intervention for America"

Americans are being lured into addiction. And what we’re hooked on isn’t necessarily illegal or even hard to come by. Prescription medications are making us high. Fast food is making us fat. The Internet keeps us constantly distracted with everything from gambling and porn to compulsive social networking. Television bombards us with glamorized violence. From billboards, to online pop ups, to commercials. . . we’re seduced into buying more stuff we don’t need while we drown in growing debt. Massive profits fill the pockets of a handful of ‘pushers’ at the expense of everyone else. Corporations, government, and the media are creating the illusion that the more we have, the better we are, and so we crave whatever they’re selling and become addicted to their products in the process. Americans are being seduced into self-destructivebehavior on a mass scale. It’s time to take our power back. In her trademark no-holds-barred style, Jane Velez-Mitchell asks, ‘Do you really want to be a slave, existing just to make someone else rich and powerful?’ If the answer is no, then read this book. Addict Nation is our blueprint for change, but first we must see what is really going on. This is an intervention!