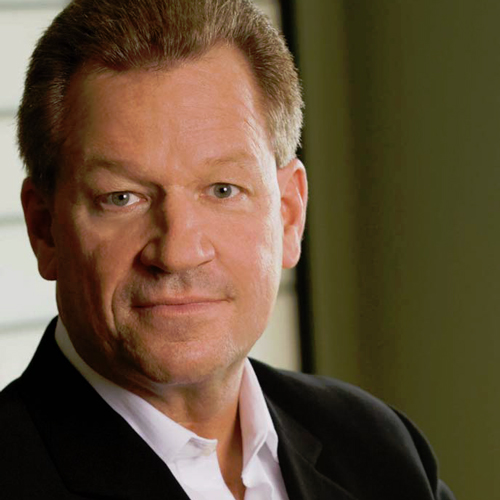 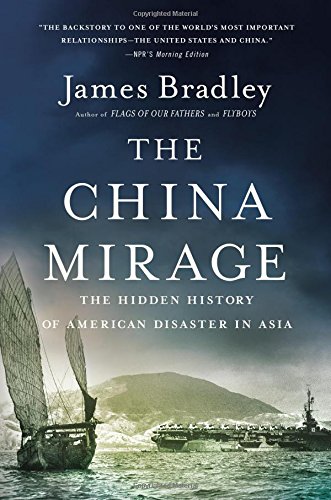 author of "The China Mirage: The Hidden History of American Disaster in Asia" 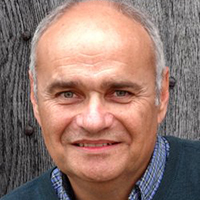 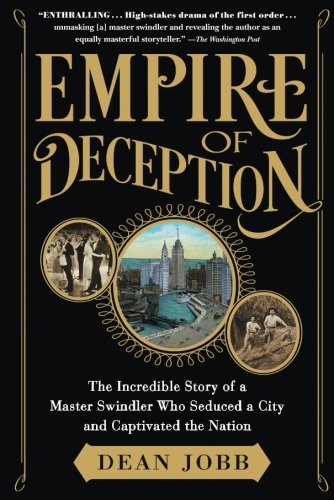 author of "Empire of Deception: The Incredible Story of a Master Swindler Who Seduced a City and Captivated the Nation"

James Bradley, author of "The China Mirage: The Hidden History of American Disaster in Asia"

James Bradley was born in Wisconsin to Betty and John Bradley, the fourth of eight children. John Bradley was one of the six men photographed raising the American flag on Mt. Suribachi on the island of Iwo Jima. John then settled in Wisconsin as the director of a funeral parlor and an upstanding, respected citizen.

At the age of nineteen, James Bradley studied for a year in Tokyo at Sophia University. In the following years, he traveled to Japan, Taiwan, Hong Kong, Thailand, Nepal, India, Pakistan, Afghanistan, Iran, Turkey, France, Germany, Italy, and England. After earning his degree in East Asian History from the University of Wisconsin at Madison, he worked in the corporate communications industry in the United States, Japan, England, and South Africa.

After the death of his father, John, James Bradley wrote Flags of Our Fathers in 2000. It became a bestseller, and since then, Bradley has written two more books. Flyboys, published in 2003, documents the lives of eight airmen whose deaths on the Japanese island of Chichi Jima were kept secret by the U.S. government; the eighth airman, who lived, was George Herbert Walker Bush. In his 2009 book The Imperial Cruise, Bradley investigates President Theodore Roosevelt’s policy with regard to Japan.

Inspired by his own experience studying in Tokyo as a teenager, Bradley founded the James Bradley Peace Foundation, which sends American students to live in homes overseas. He is currently the president of this foundation, as well as a public speaker.

The Book: "The China Mirage: The Hidden History of American Disaster in Asia"

“Bradley is sharp and rueful, and a voice for a more seasoned, constructive vision of our international relations with East Asia.” –Christian Science Monitor
James Bradley introduces us to the prominent Americans–including FDR’s grandfather, Warren Delano–who in the 1800s made their fortunes in the China opium trade. Meanwhile, American missionaries sought a myth: noble Chinese peasants eager to Westernize.

The media propagated this mirage, and FDR believed that supporting Chiang Kai-shek would make China America’s best friend in Asia. But Chiang was on his way out and when Mao Zedong instead came to power, Americans were shocked, wondering how we had “lost China.”

From the 1850s to the origins of the Vietnam War, Bradley reveals how American misconceptions about China have distorted our policies and led to the avoidable deaths of millions. The China Mirage dynamically explores the troubled history that still defines U.S.-Chinese relations today.

Dean Jobb, author of "Empire of Deception: The Incredible Story of a Master Swindler Who Seduced a City and Captivated the Nation"

I am a journalism professor and an award-winning author and investigative journalist who lives in Wolfville, Nova Scotia. In my thirty-year career I have written on an array of subjects – history, current events, law, business, politics, media issues, workplace safety, science, travel and books. (My surname is pronounced Jobe).

My latest book is Empire of Deception: The Incredible Story of a Master Swindler Who Seduced a City and Captivated the Nation. It’s the stranger-than-fiction saga of con man Leo Koretz, the Bernie Madoff of the 1920s and a fraud artist extraordinare the New York Times dubbed “the most resourceful confidence man in the United States.” The smooth-talking Chicago lawyer enticed hundreds of people to invest as much as $30 million – some $400 million today – in his imaginary Panamanian oil fields.

I’m a member of the Crime Writers of Canada and the Writers Federation of Nova Scotia.

I am an associate professor in the School of Journalism, University of King’s College in Halifax, where I have been a member of faculty since 2003 after teaching part-time for more than a decade. My specialties include investigative reporting, writing and editing, newspaper production, defamation and other forms of media law, journalists’ ethics, freedom of information and the history of journalism. Parties involved in defamation suits have retained me as an expert on responsible journalism and libel law and I have conducted professional development seminars for Rogers Media, the Canadian and Ontario community newspaper associations, and the Canadian Association of Journalists. I have been invited to speak to an array of groups and organizations, including the Atlantic Booksellers Association, the Canadian Judicial Council and the Bibliographical Society of Canada.

The Book: "Empire of Deception: The Incredible Story of a Master Swindler Who Seduced a City and Captivated the Nation"

It was a time of unregulated madness. And nowhere was it madder than in Chicago at the dawn of the Roaring Twenties. Enter a slick, smooth-talking, charismatic lawyer named Leo Koretz, who enticed hundreds of people to invest as much as $30 million—upward of $400 million today—in phantom timberland and nonexistent oil wells in Panama. This rip-roaring tale of greed, financial corruption, dirty politics, over-the-top and under-the-radar deceit, illicit sex, and a brilliant and wildly charming con man on the town, then on the lam, is not only a rich and detailed account of a man and an era; it’s a fascinating look at the methods of swindlers throughout history. As Model Ts rumbled down Michigan Avenue, gang-war shootings announced Al Capone’s rise to underworld domination. As bedecked partygoers thronged to the Drake Hotel’s opulent banquet rooms, corrupt politicians held court in thriving speakeasies and the frenzy of stock market gambling was rampant. Leo Koretz was the Bernie Madoff of his day, and Dean Jobb shows us that the American dream of easy wealth is a timeless commodity.