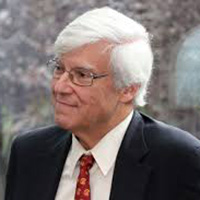 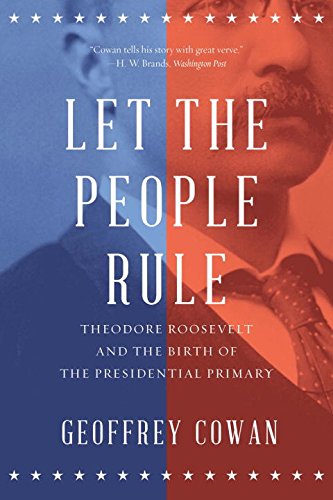 author of "Let the People Rule: Theodore Roosevelt and the Birth of the Presidential Primary"

Geoffrey Cowan, author of "Let the People Rule: Theodore Roosevelt and the Birth of the Presidential Primary"

Throughout his career, Geoffrey Cowan has been an important force across a spectrum of communication and public policy arenas – as a lawyer, academic administrator, government official, best-selling author, distinguished professor, non-profit executive and Emmy Award-winning producer.

At USC Annenberg, he launched new academic programs in public diplomacy, specialized journalism, strategic public relations, global communication and online communities. He is a successful fundraiser and established the first endowed faculty chairs at the school.

An award-winning author, Cowan’s books include: See No Evil: The Backstage Battle Over Sex and Violence on Television (Simon & Schuster, 1980), and the best-selling The People v. Clarence Darrow: The Bribery Trial of America’s Greatest Lawyer (Random House, 1993), as well as Let the People Rule: Theodore Roosevelt and the Birth of the Presidential Primary (W.W. Norton & Co., 2016).

Prior to becoming dean at USC Annenberg, President Clinton appointed Cowan to serve the nation as the director of Voice of America, the international broadcasting service of the U.S. Information Agency. He served as its 22nd director and during his leadership VOA increased the number of language services, started the first regularly scheduled international daily call-in talk show, Talk to America, and begun transmitting TV and radio shows through direct-broadcast satellite.

When the City of Los Angeles sought to create an ethics code in 1989, Mayor Tom Bradley tapped Cowan to chair the Los Angeles commission. He set out to define a new era of propriety in state and local government, and for his work chairing the commission he was named “Man of the Year” in 1989 by the Council of Government Ethics Leaders. He chaired the California Bipartisan Commission on Internet Political Practices and served on the White House Fellows regional selection committee during the Clinton and Bush administrations.

While teaching at UCLA, Cowan was a television producer. In 1992, he won an Emmy as executive producer of the television movie Mark Twain & Me, which was voted Outstanding Prime Time Program for Children by the Academy of Television Arts and Sciences.

Cowan serves on the board of the California HealthCare Foundation, the Pacific Council on International Policy, Common Sense Media and the Susan Thompson Buffett Foundation. He is a member of the Council on Foreign Relations, a Fellow of the American Academy of Arts and Sciences and the Walter Lippmann Fellow of the Academy of Political and Social Science.

A graduate of Harvard College and Yale Law School, Cowan is married to Aileen Adams, former deputy mayor of Los Angeles and former California Secretary of State and Consumer Affairs. They have two children, Gabriel Cowan, a filmmaker based in Los Angeles, and Mandy Adams Wolf, a grade school teacher currently working at The Center for Early Education.

The Book: "Let the People Rule: Theodore Roosevelt and the Birth of the Presidential Primary"

The exhilarating, prescient story of the four-month campaign that changed American politics forever.

Let the People Rule tells the exhilarating story of the four-month campaign that changed American politics forever. In 1912 Theodore Roosevelt came out of retirement to challenge his close friend and handpicked successor, William Howard Taft, for the Republican Party nomination. To overcome the power of the incumbent, TR seized on the idea of presidential primaries, telling bosses everywhere to “Let the People Rule.” The cheers and jeers of rowdy supporters and detractors echo from Geoffrey Cowan’s pages as he explores TR’s fight-to-the-finish battle to win popular support. After sweeping nine out of thirteen primaries, he felt entitled to the nomination. But the party bosses proved too powerful, leading Roosevelt to walk out of the convention and create a new political party of his own.

Using a trove of newly discovered documents, Cowan takes readers inside the colorful, dramatic, and often mean-spirited campaign, describing the political machinations and intrigue and painting indelible portraits of its larger-than-life characters. But Cowan also exposes the more unsavory parts of TR’s campaign: seamy backroom deals, bribes made in TR’s name during the Republican Convention, and then the shocking political calculation that led TR to ban any black delegates from the Deep South from his new “Bull Moose Party.”

In this utterly compelling work, Cowan illuminates lessons of the past that have great resonance for American politics today.