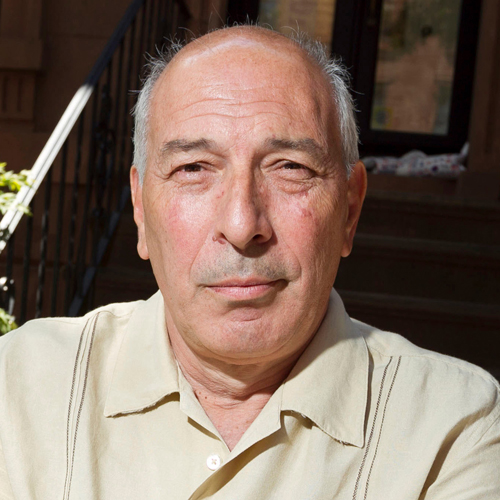 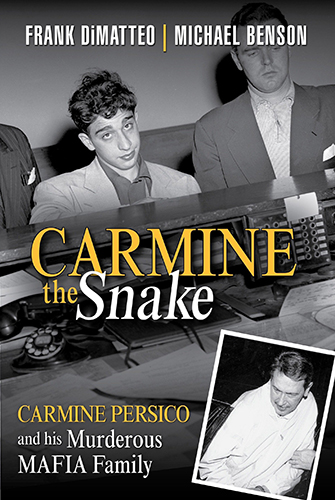 author of "Carmine the Snake: Carmine Persico and His Murderous Mafia Family"

Frank Dimatteo is a lifelong Brooklynite, Mafia “survivor,” and publisher of Mob Candy magazine. He is the author of the acclaimed memoir, The President Street Boys: Growing Up Mafia, as well as Mob Candy’s Brooklyn Gangsters and Manhattan Gangsters.

The Book: "Carmine the Snake: Carmine Persico and His Murderous Mafia Family"

The shocking true story of the most ruthless and deadly mob boss in the annals of the American Mafia.   In the golden age of organized crime, Carmine “The Snake” Persico was the King of the Streets. The defacto boss of the Colombo Mafia family since the 1970s, he oversaw gang wars, murders, and major rackets, even from prison. He is suspected of personally murdering as many as 60 people and ordering the hits of hundreds more. Sentenced to 139 years in the fed, he continued to exert power over a vast criminal empire from behind bars. His brutal rise and bloody reign is the stuff of legend.    In this blistering street-level account, “Mafia survivor” Frank Dimatteo teams up with true-crime master Michael Benson to take down one of the most notorious figures in the American La Cosa Nostra. This is the real inside story of Carmine “The Snake” Persico, from his crime-filled childhood on the streets of Brooklyn to the long-term jail sentences that didn’t stop him from controlling his criminal empire with the help of his brother, the equally kill-crazy Alphonse “Allie Boy” Persico.   His deadly teen years as leader of the fearsome Garfield Boys. His recruitment into the Profaci—later the Colombo—crime family. His bloody betrayal of the Gallo brothers. His role in the hair-raising ambush-slaying of Albert Anastasia—the Lord High Executioner of Murder, Inc.—as he sat in a barbershop chair getting a shave. The terror he struck into the hearts of the New York Mafia’s other families, and even his own crews. And the many courtroom trials where Persico walked after witnesses came down with sudden cases of amnesia    Today, Carmine “The Snake” Persico schmoozes with Ponzi king Bernard Madoff behind bars where at age 84 his legend, packed as it is with coldblooded brutality, continues to inspire goodfellas everywhere.