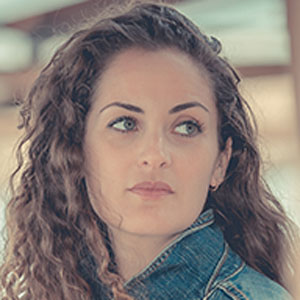 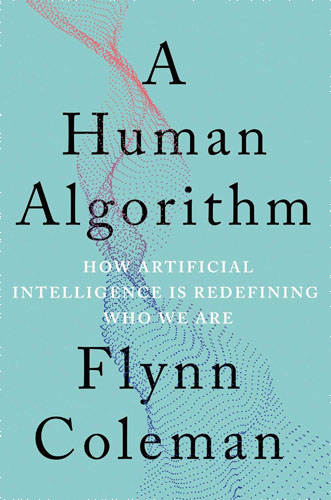 author of "A Human Algorithm: How Artificial Intelligence Is Redefining Who We Are "

Flynn Coleman , author of "A Human Algorithm: How Artificial Intelligence Is Redefining Who We Are "

Flynn Coleman is an author, an international human rights attorney, a professor, a public speaker, a social innovator, a social justice activist, a former competitive athlete, an ethical fashion designer, and a founder and CEO.

Flynn is a contributing writer for such publications as The Boston Globe, Literary Hub, HuffPost, Global Citizen, The Next Web, Darling Magazine, Caring Magazine, Thrive Global, Nautilus Magazine, and Dame Traveler. Her work has been translated into various languages and appears in educational textbooks.

She has taught at The New School, Parsons School of Design and was the founding fellow at the Grunin Center for Law and Social Entrepreneurship at NYU School of Law. She was the founding teacher at King’s College London Dickson Poon School of Law on redefining success in the law, and is a faculty member at The School of Life and General Assembly.

She has been named a Henry Luce Scholar, a Designed Good Changemaker, a Wisdom 2.0 scholarship winner, a United Nations writing competition winner, a three-time TEDx speaker, a Council on Foreign Relations Stephen M. Kellen Member, the recipient of the YFU Distinguished Alum Award, and the inaugural recipient of a Women in Sports award. Flynn is also the honoree of the NCP Visionary Award.

She is the author of the book, A Human Algorithm (2019), a groundbreaking narrative on the urgency of ethically designed AI and a guidebook to reimagining life in the era of intelligent technology.

She holds a BSFS from Georgetown University, a JD from UC Berkeley School of Law, and an LLM from the London School of Economics and Political Science. She has also studied at La Sorbonne, the University of Cambridge, Trinity College Dublin, La Universidad de Chile, Université Cheikh Anta Diop de Dakar, Senegal, and Université de Genève.

A native of Los Angeles, Flynn has lived in France, Switzerland, England, Ireland, Italy, Hong Kong, Fiji, Cambodia, Senegal, the Netherlands, and Chile. She currently calls New York and Los Angeles home. Flynn has worked with the United Nations, the United States Federal Government, and with international corporations, universities, and human rights organizations around the world.

She speaks five languages, and her wanderings have taken her from rebuilding homes and schools in New Orleans and Fiji, to distributing gifts to children in Haiti and school supplies in Guatemala and Ethiopia, to spending time with primates in Spain, to teaching How to Make a Difference in a Mongolian yurt in the English countryside, to huffing up Mount Kilimanjaro with her dad, to zodiac boating in Alaska with her mom.

The Book: "A Human Algorithm: How Artificial Intelligence Is Redefining Who We Are "

A groundbreaking narrative on the urgency of ethically designed AI and a guidebook to reimagining life in the era of intelligent technology.

The Age of Intelligent Machines is upon us, and we are at a reflection point. The proliferation of fast-moving technologies, including forms of artificial intelligence, will cause us to confront profound questions about ourselves. The era of human intellectual superiority is ending, and, as a species, we need to plan for this monumental shift.

A Human Algorithm: How Artificial Intelligence Is Redefining Who We Are examines the immense impact intelligent technology will have on humanity. These machines, while challenging our personal beliefs and our socio-economic world order, also have the potential to transform our health and well-being, alleviate poverty and suffering, and reveal the mysteries of intelligence and consciousness.

International human rights attorney Flynn Coleman deftly argues that it is critical we instill values, ethics, and morals into our robots, algorithms, and other forms of AI. Equally important, we need to develop and implement laws, policies, and oversight mechanisms to protect us from tech’s insidious threats.

To realize AI’s transcendent potential, Coleman advocates for inviting a diverse group of voices to participate in designing our intelligent machines and using our moral imagination to ensure that human rights, empathy, and equity are core principles of emerging technologies. Ultimately, A Human Algorithm is a clarion call for building a more humane future and moving conscientiously into a new frontier of our own design.