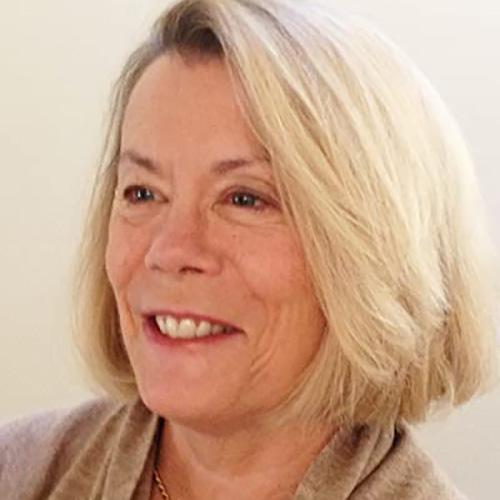 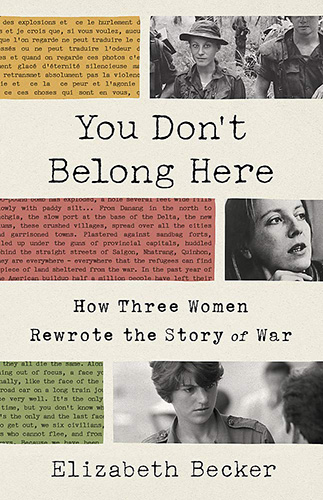 author of "You Don't Belong Here: How Three Women Rewrote the Story of War"

Elizabeth Becker, author of "You Don't Belong Here: How Three Women Rewrote the Story of War"

Elizabeth Becker is a journalist and author who began her career as a war correspondent for the Washington Post in Cambodia, became the Senior Foreign Editor of National Public Radio and later a New York Times correspondent covering national security, foreign policy, agriculture and international economics. She has reported from Asia, Africa, South America and Europe while based in Phnom Penh, Paris and Washington.

For her journalism she has won awards from the Overseas Press Club for her Cambodia coverage, DuPont Columbia Awards as executive director for coverage of Rwanda’s genocide and South Africa, the North American Agricultural Journalism Association and was a member of the Times staff that won the 2002 Pulitzer Prize for public service in covering 9/11.

She is the author of “WHEN THE WAR WAS OVER: Cambodia and the Khmer Rouge Revolution,” which was honored by the Robert F. Kennedy book awards. Becker’s first-hand reporting from the war and the revolution as well as her interviews with Pol Pot and other senior leaders are woven into this six-year investigation of the historical and political roots of one of the 20th Century’s worst genocides.

The New York Times called it “a work of the first importance;” the Financial Times said “Becker writes history as history should be written” and the Washington Post praised it as “an impressive feat of scholarship and reporting: intelligent, measured, resourceful.” The Los Angeles Times declared it “the definitive book on the Cambodian Revolution.”

Because of her expertise, Becker was called to testify for the prosecution at the international criminal tribunal of the Khmer Rouge for genocide.

She is the author of “OVERBOOKED: The Exploding Business of Travel and Tourism,” the first examination of the trillion-dollar global tourism industry, exposing the costs and hazards behind everyone’s favorite past time. It was an Amazon book of the year. The New York Times called it “a meticulously reported and often disturbing expose of the travel industry.”

The Wall Street Journal said it was “an impassioned expose.” Arthur Frommer said the book was “required reading for anyone interested in the future of travel.”

She is also the author of “AMERICA’S VIETNAM WAR: A Narrative History,” for young adults and “BOPHANA: Love in the Time of the Khmer Rouge” that is the basis of a documentary film by the Oscar-nominated director Rithy Panh.

Becker graduated from the University of Washington in South Asian Studies and continued language studies at the Kendriya Hindi Sansthaan in Agra, India.

She was a fellow at Harvard’s Shorenstein Center and an adjunct professor at Georgetown University.

She is a member of the Council on Foreign Relations and serves on the boards of Oxfam America Advocacy Fund and the Harpswell Foundation.

Becker is married to retired U.S. Army Major General William L. Nash and is the mother of two adult children. She lives in Washington, D.C.

The Book: "You Don't Belong Here: How Three Women Rewrote the Story of War"

The long-buried story of three extraordinary female journalists who permanently shattered the official and cultural barriers to women covering war.

Kate Webb, an Australian iconoclast, Catherine Leroy, a French dare devil photographer, and Frances FitzGerald, a blue-blood American intellectual, arrived in Vietnam with starkly different life experiences but one shared purpose: to report on the most consequential story of the decade.

At a time when women were considered unfit to be foreign reporters, Frankie, Catherine and Kate paid their own way to war, arrived without jobs, challenged the rules imposed on them by the military, ignored the belittlement and resentment of their male peers and found new ways to explain the war through the people who lived through it.

In You Don’t Belong Here, Elizabeth Becker uses these women’s work and lives to illuminate the Vietnam War from the 1965 American buildup, through the Tet Offensive, the expansion into Cambodia, the American defeat and its aftermath. Arriving herself in the last years of the war, Elizabeth writes as an historian and a witness to what these women accomplished.

What emerges is an unforgettable story of three journalists forging their place in a land of men, often at great personal sacrifice, and forever altering the craft of war reportage for generations. Deeply reported and filled with personal letters, interviews, and profound insight, You Don’t Belong Here fills a void in the history of women and of war