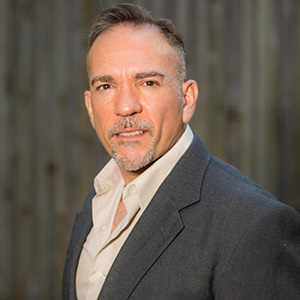 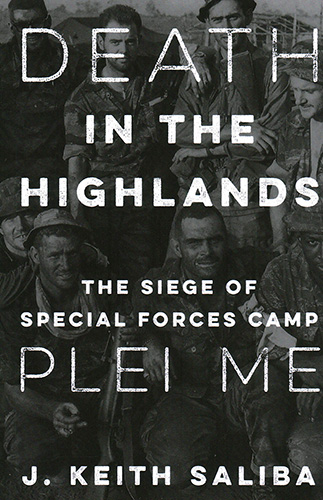 author of "Death in the Highlands: The Siege of Special Forces Camp Plei Me"

Dr. J. Keith Saliba, author of "Death in the Highlands: The Siege of Special Forces Camp Plei Me"

J. Keith Saliba is an associate professor of journalism at Jacksonville (Fla.) University. He is the author of “Death in the Highlands: The Siege of Special Forces Camp Plei Me,” which tells the October 1965 story of a handful of American Special Forces troopers and their Montagnard allies pushed to the brink at a remote outpost in Vietnam’s Western Highlands. As a vastly superior North Vietnamese force tightened its grip on the tiny camp, the life-and-death struggle would ultimately usher in the first major clashes between the U.S. and North Vietnamese armies, culminating in the brutal Ia Drang Valley battles a few weeks later. Published by

Stackpole Books, “Death in the Highlands” is in bookstores everywhere.

The Book: "Death in the Highlands: The Siege of Special Forces Camp Plei Me"

In fall 1965, North Vietnam’s high command smelled blood in the water. The South Vietnamese republic was on the verge of collapse, and Hanoi resolved to crush it once and for all. The communists set their sights on South Vietnam’s strategically vital West-Central Highlands. Annihilate ARVN’s defenses in Kontum and Pleiku provinces, the communists surmised, and the region’s remaining provinces would topple like dominoes. Their first target was the American Special Forces camp at Plei Me, remote and isolated along the Cambodian border.

As darkness fell on 19 October, 1965, two North Vietnamese Army regiments—some 4,000 troops— crept into their final strike positions. The plan was as simple as it was audacious: one regiment would bring the frontier fortress under murderous siege while the other would lie in wait to destroy the inevitable rescue force. Initially, all that stood athwart Hanoi’s grand scheme was a handful of American Green Berets, a few hundred Montagnard allies—and burgeoning U.S. airpower. Cut off and beleaguered, Plei Me’s defenders fought for their lives, while a daring band of close air support and resupply pilots helped keep the beast at bay.

But as the overland relief force bogged down, 5th Group ordered in the legendary “Chargin” Charlie Beckwith and his elite Project Delta to help hold the line. Soon, the 1st Cavalry Division would also join the fray, setting the stage for its bloody Ia Drang Valley fights a few weeks later. Before it was over, the siege of Plei Me would push its defenders to the brink and usher in the first major clashes between the U.S. and North Vietnamese armies.

Drawing on archival research and interviews with combat veterans, J. Keith Saliba reconstructs this pivotal battle in vivid, gut-wrenching detail and illustrates where the siege fit in the war’s strategic picture.