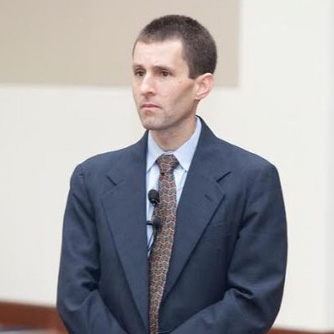 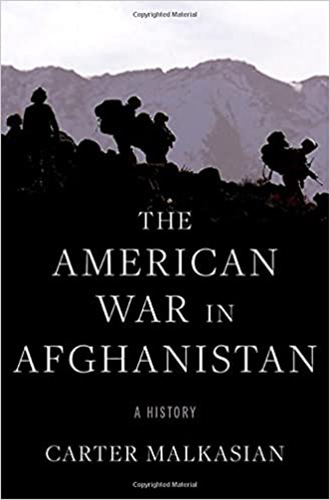 author of "The American War in Afghanistan"

Dr Carter Malkasian, author of "The American War in Afghanistan"

Dr. Carter Malkasian was the special assistant for strategy to Joint Chiefs of Staff Chairman Gen. Joseph Dunford, from 2015 to 2019. He has extensive experience working in conflict zones. He spent nearly two years in Garmser district, Helmand province, Afghanistan, as a State Department political officer. Before that, he deployed as a CNA civilian advisor with the Marines, twice to Iraq’s al-Anbar province, for a total of 18 months, in 2004 and 2006. From May 2012 to May 2013, From October 2006 to July 2009, he directed the Stability and Development Program at CNA.

His 2013 book, “War Comes to Garmser: Thirty Years of Conflict on the Afghan Frontier” (Oxford University Press), won the 2014 silver medal for the Council on Foreign Relations’ Arthur Ross Book Award. His following book—”Illusions of Victory: The Anbar Awakening and the Islamic State” (Oxford University Press, 2017)—covers the successes and eventual failure of the famous Anbar awakening and the corresponding U.S. military effort. Dr. Malkasian received his undergraduate degree from the University of California, Berkeley, and completed his doctorate in history at Oxford University.

The Book: "The American War in Afghanistan"

Malkasian (Illusions of Victory), a former adviser to the chairman of the Joint Chiefs of Staff, delivers a rigorous, blow-by-blow chronicle of the U.S. war in Afghanistan. Contending that the U.S. failed to defeat the Taliban because “they fought for Islam and resistance to occupation, values enshrined in Afghan identity,” Malkasian sketches the complex relationship between Taliban leader Mullah Omar and al-Qaeda founder Osama bin Laden, and notes that after the initial success of the American-led invasion in October 2001, the Bush administration became fixated on the war in Iraq, and Afghan president Hamid Karzai failed to build an effective military and police force. In 2006, a vigorous Taliban offensive resulted in “perhaps the toughest fighting the U.S. army experienced since Vietnam.”

Malkasian also labels the 2009 surge “a resounding tactical success but a strategic failure,” details President Obama’s struggles to find a suitable exit to the war, and outlines the strengths and weaknesses of the February 2020 peace agreement. Synthesizing a vast array of literature from both sides of the conflict, including Oval Office transcripts and Taliban war poetry, Malkasian gets deep into the weeds, but offers a refreshingly nuanced and well-informed perspective. Foreign policy wonks will savor this comprehensive reckoning with America’s “forever war.”