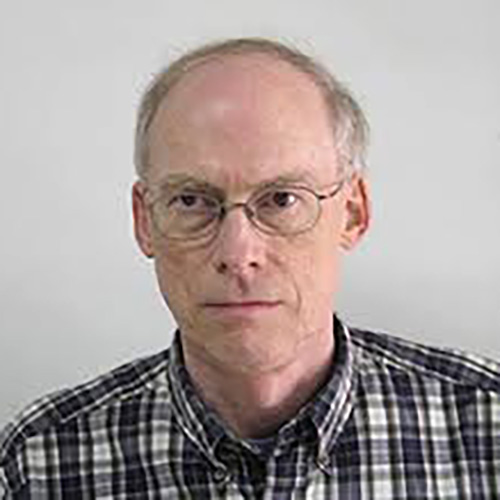 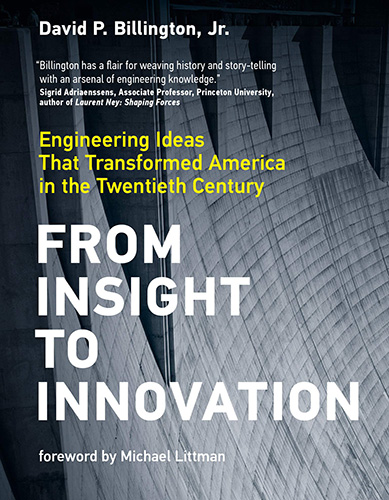 David P. Billington Jr, author of "From Insight to Innovation Engineering Ideas That Transformed America in the Twentieth Century"

David P. Billington, Jr., is a historian and author of books and articles exploring the history of engineering innovation.

The Book: "From Insight to Innovation Engineering Ideas That Transformed America in the Twentieth Century"

The engineering ideas behind key twentieth-century technical innovations, from great dams and highways to the jet engine, the transistor, the microchip, and the computer.

Technology is essential to modern life, yet few of us are technology-literate enough to know much about the engineering that underpins it. In this book, David P. Billington, Jr., offers accessible accounts of the key twentieth-century engineering innovations that brought us into the twenty-first century. Billington examines a series of engineering advances—from Hoover Dam and jet engines to the transistor, the microchip, the computer, and the internet—and explains how they came about and how they work.

Each of these innovations tells a unique story. The great dams of the New Deal brought huge rivers under control, and a national highway system interconnected the nation, as did jet air travel. The transistor and the microchip originated in the private sector and found a mass market after early government support. The computer and the internet began as government projects and found a mass market later in the private sector. Billington finds that engineers with unconventional insights could succeed in a bureaucratic age; what mattered were independent vision and a society that welcomed innovation.

This book completes the story of American engineering begun with the earlier volumes The Innovators (by the author’s father) and Power, Speed, and Form (by the author and his father).