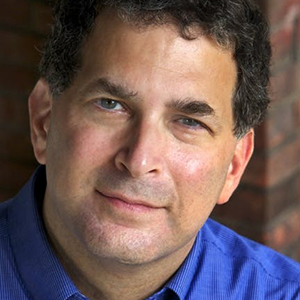 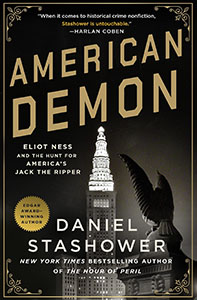 author of "American Demon: Eliot Ness and the Hunt for America's Jack the Ripper"

Daniel Stashower, author of "American Demon: Eliot Ness and the Hunt for America's Jack the Ripper"

Daniel Stashower is an acclaimed biographer and narrative historian and winner of the Edgar, Agatha, and Anthony awards, as well as the Raymond Chandler Fulbright Fellowship in Detective Fiction. His work has appeared in The New York Times, The Washington Post, Smithsonian Magazine, AARP: The Magazine, National Geographic Traveler, and American History as well as other publications. His books include The Hour of Peril, Teller of Tales, and The Beautiful Cigar Girl.

The Book: "American Demon: Eliot Ness and the Hunt for America's Jack the Ripper"

New York Times bestselling author and Edgar Award-winner Daniel Stashower returns with American Demon, a historical true crime starring legendary lawman Eliot Ness.  Boston had its Strangler. California had the Zodiac Killer. And in the depths of the Great Depression, Cleveland had the Mad Butcher of Kingsbury Run.  On September 5th, 1934, a young beachcomber made a gruesome discovery on the shores of Cleveland’s Lake Erie: the lower half of a female torso, neatly severed at the waist. The victim, dubbed “The Lady of the Lake,” was only the first of a butcher’s dozen. Over the next four years, twelve more bodies would be scattered across the city. The bodies were dismembered with surgical precision and drained of blood. Some were beheaded while still alive.  Terror gripped the city. Amid the growing uproar, Cleveland’s besieged mayor turned to his newly-appointed director of public safety: Eliot Ness. Ness had come to Cleveland fresh from his headline-grabbing exploits in Chicago, where he and his band of “Untouchables” led the frontline assault on Al Capone’s bootlegging empire. Now he would confront a case that would redefine his storied career.  Award-winning author Daniel Stashower shines a fresh light on one of the most notorious puzzles in the annals of crime, and uncovers the gripping story of Ness’s hunt for a sadistic killer who was as brilliant as he was cool and composed, a mastermind who was able to hide in plain sight. American Demon reconstructs this ultimate battle of wits between a hero and a madman.