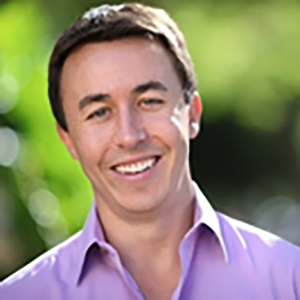 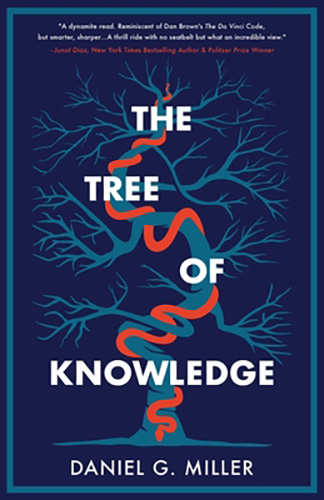 author of "The Tree of Knowledge"

Daniel Miller, author of "The Tree of Knowledge"

Entrepreneur by day….. and a great new writer in his spare time. Read the Reviews:

“The Tree of Knowledge is a dynamite read… reminiscent of Dan Brown’s The Da Vinci Code but smarter, sharper and vertiginously twisted.  A thrill ride with no seatbelt but what an incredible view.” – Junot Díaz, New York Times bestselling author & Winner of the Pulitzer Prize

A quirky and engaging debut thriller…[T]he novel teems with historical, scientific, and literary surprises…good-natured twists come again and again. With offbeat characters, brain teasers, and imaginative action, readers will be eager to see what trouble [these characters] get into next  -Publisher’s Weekly Booklife

The Book: "The Tree of Knowledge"

It is said that the greatest chess masters can envision a match’s outcome ten moves before it occurs. Imagine a person who can visualize ten steps ahead, not simply in the game of chess, but in every human interaction.

Imagine a person who can see a punch before it is thrown; who knows what you are going to say before you say it; who can see every political and economic move long before it happens.

Imagine a secret that can make this all possible.

Mathematics professor Albert Puddles exposes this secret for himself as he is thrust into a murder investigation on the Princeton campus. The discovery leads Albert to delve into ancient religious interpretation and unmask new analytical abilities, all while teaming up with an aging mentor, a curious teaching assistant, and an elite Book Club on a frantic chase across America to recover this world-changing knowledge before it falls into dangerous hands.

Albert—now embedded in a national cat-and-mouse political power play—rediscovers a woman from his past and is forced to confront his own understanding of love, rationality, power, and the true limits of the human mind.