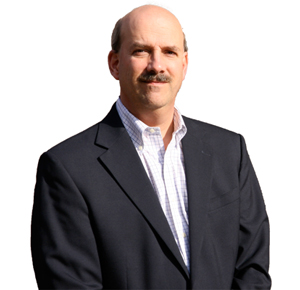 He was raised in Kingston, Rhode Island in a home built in 1809. In high school, he wrote a book on the history of Kingston, which was not a bad effort for a teenager! He graduated from South Kingstown High School in 1977 and from Brown University in 1981. At Brown He wrote a 300-page undergraduate history thesis on colonial South Kingstown planter society. After graduating from New York University School of Law in 1985, He embarked on a career as an attorney. Currently, he is a partner with the law firm of Arent Fox LLP. He lives with his wife, Margaret, in Kensington, Maryland, where they raised three wonderful children, Ryan, Kyle and Victoria. He renewed my interest in history writing by writing the adult version of the history of Kingston, which was published in 2004.

He has written five books on the American Revolutionary War, including Kidnapping the Enemy: The Special Operations to Capture Generals Charles Lee & Richard Prescott. His article in MHQ: The Journal of Military History was nominated by the U.S. Army Historical Foundation as best magazine article for 2017.

Revolutionary War historians and biographers of Charles Lee have treated him either as a hero or enemy of the Patriot cause of American liberty. Neither approach is accurate, according to author Christian McBurney. McBurney’s new book, George Washington’s Nemesis: The Outrageous Treason and Unfair Court-Martial of Major General Charles Lee during the Revolutionary War, objectively analyzes two dramatic events involving one of the Revolutionary War’s most fascinating personalities.

General Lee, second in command in the Continental Army led by George Washington, was captured by the British in December 1776. While a prisoner, he prepared and submitted to his captors a military plan on how to defeat Washington’s army as quickly as possible. This extraordinary act of treason, was not discovered during his lifetime. Many historians shrug off this ignoble act, but it should not be ignored. Less well known is that throughout his sixteen months of captivity and even after his release, Lee continued to offer the enemy help to negotiate an end to the rebellion.

After Lee rejoined the Continental Army, he was given command of many of its best troops together with orders from Washington to attack the rear of British general Henry Clinton’s column near Monmouth, New Jersey. Lee intended to attack on June 28, 1778, but retreated in the face of Clinton’s bold move to reverse his march. Two of Lee’s subordinate generals—without orders and without informing Lee—moved more than half of his command off the

field. Faced with the possible destruction of the balance, Lee ordered a general retreat while conducting a skillful delaying action.

Many historians have maligned Lee’s performance at Monmouth, for which he was convicted by court-martial for not attacking and for retreating in the face of the enemy. This was a miscarriage of justice, stresses McBurney. The guilty verdict was more the result of Lee’s having insulted Washington, which made the matter a political contest between the army’s two top generals—only one of whom could prevail.

McBurney’s George Washington’s Nemesis is a gripping and fast-paced study that relies on facts, logic, and hard evidence (some newly discovered).