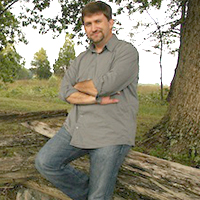 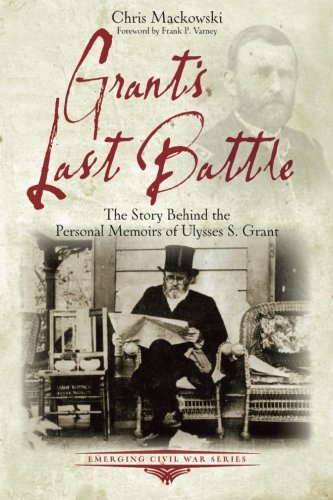 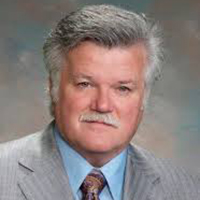 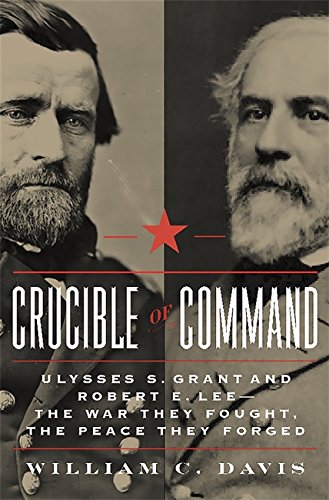 author of "Crucible of Command: Ulysses S. Grant and Robert E. Lee--The War They Fought, the Peace They Forged"

“It’s in me and it gots to get out,” legendary guitarist John Lee Hooker said of his music. Chris Mackowski says the same thing about his writing: “It’s in me, and it gots to get out.”  Chris is a writing professor in the School of Journalism and Mass Communication at St. Bonaventure University in Allegany, NY. He also works as a historian with the National Park Service at Fredericksburg & Spotsylvania National Military Park, where he gives tours at four major Civil War battlefields (Fredericksburg, Chancellorsville, Wilderness, and Spotsylvania), as well as at the building where Stonewall Jackson died. He’s the author of Chancellorsville: Crossroads of Fire and The Dark, Close Wood: The Wilderness, Ellwood, and the Battle that Transformed Both, and his writing has appeared in several national magazines. He blogs regularly for Scholars and Rogues (www.scholarsandrogues.com).

The former general in chief of the Union armies during the Civil War . . . the two-term president of the United States . . . the beloved ambassador of American goodwill around the globe . . . the respected New York financier―Ulysses S. Grant―was dying. The hardscrabble man who regularly smoked 20 cigars a day had developed terminal throat cancer. Thus began Grant’s final battle―a race against his own failing health to complete his Personal Memoirs in an attempt to secure his family’s financial future. But the project evolved into something far more: an effort to secure the very meaning of the Civil War itself and how it would be remembered. The news of Grant’s illness came swift on the heels of his financial ruin. Business partners had swindled his family out of everything but the money he and his wife had in their pockets and the family cookie jar. In this maelstrom of woe, Grant refused to surrender. Putting pen to paper, the hero of Appomattox embarked on his final campaign: an effort to write his memoirs before he died. The Personal Memoirs of Ulysses S. Grant would cement his place as not only one of America’s greatest heroes but also as one of its most sublime literary voices. Filled with personal intrigues and supported by a cast of colorful characters that included Mark Twain, William Vanderbilt, and P. T. Barnum, Grant’s Last Battle recounts a deeply personal story as dramatic for Grant as any of his battlefield exploits. Author Chris Mackowski, Ph.D. has recounted Grant’s battlefield achievements as a historian at Fredericksburg and Spotsylvania National Military Park, and as an academic, he has studied Grant’s literary career. His familiarity with the former president as a general and as a writer brings Grant’s Last Battle to life with new insight, told with the engaging prose that has become the hallmark of the Emerging Civil War Series.

William C. Davis is the author or editor of thirty-five books on the civil war and southern history, most recently A Way Through the Wilderness, “A Government of Our Own “: The Making of a Confederacy, and the prizewinning biography Jefferson Davis: The Man and His Hour. For many years a magazine publisher, Davis now divides his time between writing and consulting for book publishers and television.

The Book: "Crucible of Command: Ulysses S. Grant and Robert E. Lee--The War They Fought, the Peace They Forged"

They met in person only four times, yet these two men—Ulysses S. Grant and Robert E. Lee—determined the outcome of America’s most divisive war and cast larger-than-life shadows over their reunited nation. They came from vastly different backgrounds: Lee from a distinguished family of waning fortunes; Grant, a young man on the make in a new America. Differing circumstances colored their outlooks on life: Lee, the melancholy realist; Grant, the incurable optimist.

Then came the Civil War that made them both commanders of armies, leaders of men, and heroes to the multitudes of Americans then and since who rightfully place them in the pantheon of our greatest soldiers. Forged in battle as generals, these two otherwise very different men became almost indistinguishable in their instincts, attributes, attitudes, and skills in command.

Each the subject of innumerable biographies, Generals Ulysses S. Grant and Robert E. Lee have never before been paired as they are here. Exploring their personalities, their characters, their ethical and moral compasses, and their political and military worlds, William C. Davis, one of America’s preeminent historians, uses substantial, newly discovered evidence on both men to find surprising similarities between them, as well as new insights and unique interpretations on how their lives prepared them for the war they fought and influenced how they fought it.

Crucible of Command is both a gripping narrative of the final year of the war and a fresh, revealing portrait of these two great commanders as they took each other’s measure across the battlefield with the aid of millions of men.