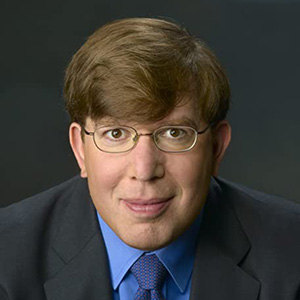 author of "Hawking Hawking – The Selling of a Scientific Celebrity"

Charles Seife, author of "Hawking Hawking – The Selling of a Scientific Celebrity"

Charles Seife, a professor of journalism at NYU’s Arthur L. Carter Journalism Institute, has been writing about physics and mathematics for two decades. He is the author of seven books, Zero: The Biography of a Dangerous Idea (2000), which won the 2000 PEN/Martha Albrand Award for First Nonfiction; Alpha & Omega: The Search for the Beginning and End of the Universe (2003); Decoding the Universe: How the New Science of Information is Explaining Everything in the Cosmos, From Our Brains to Black Holes (2005); Sun in a Bottle: The Strange History of Fusion and the Science of Wishful Thinking (2008), which won the 2009 Davis Prize from the History of Science Society; Proofiness: The Dark Arts of Mathematical Deception (2010); Virtual Unreality: Just Because the Internet Told You So, How Do You Know It’s True? (2014); and a new biography of physicist Stephen Hawking (2021).

Before arriving at NYU, Seife was a writer for Science magazine and had been a U.S. correspondent for New Scientist. His writing has also appeared in The Economist, Scientific American, ProPublica, The Philadelphia Inquirer, Discover, Slate, Smithsonian, The Washington Post, The New York Times, and numerous other publications. He has also been a scientific consultant and writer for television documentaries about science and mathematics.

The Book: "Hawking Hawking – The Selling of a Scientific Celebrity"

Stephen Hawking was widely recognized as the world’s best physicist and even the most brilliant man alive–but what if his true talent was self-promotion?   When Stephen Hawking died, he was widely recognized as the world’s best physicist, and even its smartest person.   He was neither.   In Hawking Hawking, science journalist Charles Seife explores how Stephen Hawking came to be thought of as humanity’s greatest genius. Hawking spent his career grappling with deep questions in physics, but his renown didn’t rest on his science. He was a master of self-promotion, hosting parties for time travelers, declaring victory over problems he had not solved, and wooing billionaires. In a wheelchair and physically dependent on a cadre of devotees, Hawking still managed to captivate the people around him—and use them for his own purposes.   A brilliant exposé and powerful biography, Hawking Hawking uncovers the authentic Hawking buried underneath the fake. It is the story of a man whose brilliance in physics was matched by his genius for building his own myth.