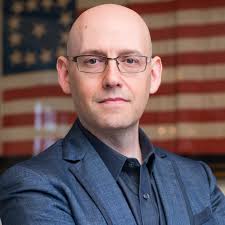 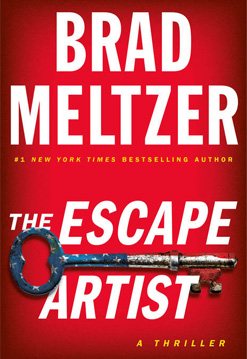 author of "The Escape Artist"

Brad Meltzer is the #1 New York Times bestselling author of The Inner Circle, The Book of Fate, and seven other bestselling thrillers. In addition to his fiction, Brad is one of the only authors to ever have books on the bestseller list for nonfiction (History Decoded), advice (Heroes for My Son and Heroes for My Daughter), children’s books (I Am Amelia Earhart and I Am Abraham Lincoln) and even graphic books (Justice League of America). He is also the host of Brad Meltzer’s Decoded on the History Channel, and Brad Meltzer’s Lost History on H2. He currently lives in Florida. You can find much more about him at BradMeltzer.com. You can also see what he’s doing right now at Facebook.com/BradMeltzer and on Twitter @bradmeltzer.

The Book: "The Escape Artist"

Her body was found on a plane that mysteriously fell from the sky as it left a secret military base in the Alaskan wilderness. Her commanding officer verifies she’s dead. The US government confirms it. But Jim “Zig” Zigarowski has just found out the truth: Nola is still alive. And on the run.

Zig works at Dover Air Force Base, helping put to rest the bodies of those who die on top-secret missions. Nola was a childhood friend of Zig’s daughter and someone who once saved his daughter’s life. So when Zig realizes Nola is still alive, he’s determined to find her. Yet as Zig digs into Nola’s past, he learns that trouble follows Nola everywhere she goes.

Nola is the U.S. Army’s artist-in-residence-a painter and trained soldier who rushes into battle, making art from war’s aftermath and sharing observations about today’s wars that would otherwise go overlooked. On her last mission, Nola saw something nobody was supposed to see, earning her an enemy unlike any other, one who will do whatever it takes to keep Nola quiet.

Together, Nola and Zig will either reveal a sleight of hand being played at the highest levels of power or die trying to uncover the US Army’s most mysterious secret-a centuries-old conspiracy that traces back through history to the greatest escape artist of all: Harry Houdini.